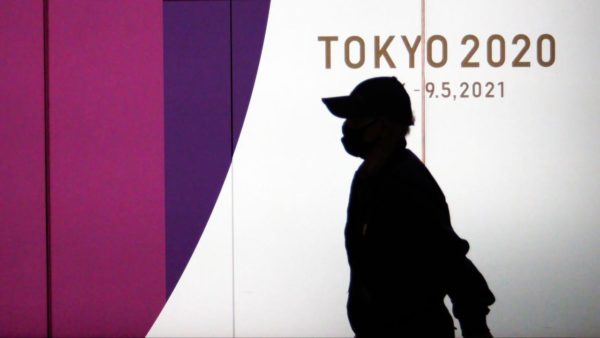 Bad timing? As the pressure builds on the IOC to withdraw the organisation of the Winter Games in Beijing in 2022, Thomas Bach on Thursday (March 11th) expressed a very strong thank you to the Chinese Olympic Committee.

The IOC President explained, on the second day of the 137th session, that the Chinese sports authorities had offered to “make available additional doses of vaccines for the participants” at the Tokyo Games in 2021 and, if necessary, at those of Beijing the following year.

The announcement was not expected. It even surprised some of the first interested, the Japanese organisers. Tokyo 2020 chief executive, Toshiro Muto, said he was not notified in advance. He declined to comment, merely replying that the topic “was up to the IOC“.

When asked whether Japan would align with the Chinese proposal and also offer its share of vaccine doses, Toshiro Muto was just as evasive: “The vaccination process is managed by the Japanese government, so we, as the Tokyo 2020 organising committee, are unable to comment“.

Thomas Bach declined to elaborate on the details of the Chinese Olympic Committee’s proposal. He did not specify the number of doses that could be made available to the IOC. He also did not explain to which categories of participants (athletes, coaches, officials …) the vaccines could be allocated.

But the IOC president assured that the Olympic body would pay for the vaccines. He also announced that the IOC’s gesture would concern “not only the Olympic teams, but also the Paralympics”.

Still according to Thomas Bach, the allocation of vaccines against COVID-19 could be done “via international partners or in countries where partnerships already exist with the Chinese government“. Finally, the German leader explained that “for each of these doses, the IOC will pay two additional doses which can be made available to the population in the respective countries“.

Obviously, the Chinese proposal is not new. But the IOC seems to be careful not to expose itself too much, the subject being a source of controversy on part of the planet. Thomas Bach has been repeating for months that vaccination will not be compulsory to participate in the Tokyo Games, only recommended. He insisted on the need not to give priority to Olympic athletes, over caregivers and people at risk. But there is no longer any doubt that those selected for the Games will all be vaccinated, one way or another.

Thomas Bach reminded the session on Thursday 11th March: “A significant number of Olympic teams have already been vaccinated, in accordance with their national guidelines. And another significant number of delegations received pledges from their governments”. Israel, Hungary and Mexico, for example, fall into the first category. The United States and Canada belong to the second.

Clarification: the Chinese vaccine is not recognised by the health authorities of the European Union. It is also not approved in Canada, where the National Olympic Committee said in a statement its willingness to “continue to follow the guidelines” of the Ministry of Health.