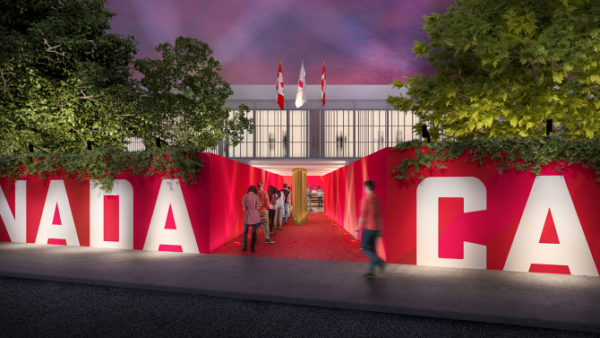 Games or no Games? With or without spectators? In what health context? 140 days before the opening of the Tokyo Games, many questions remain unanswered. But precise answers are still slowly incoming.

Among the many subjects still in the conditional, the question of the hospitality clubs or houses of the various National Olympic Committees in the Japanese capital remains. Before the start of the pandemic and the postponement of the event, cases were mostly completed, reservations made, and reception arrangements established.

But the health measures envisaged by the Japanese organisers have shaken up the plans. It is indeed difficult to imagine a “normal” organisation with the travel restrictions provided for in the practical guides recently published by Tokyo 2020.

Athletes, in particular, will be denied access to public transport. It will not be possible for them to leave the Olympic perimeter. The only problem: the clubs and houses of hospitality of the wealthiest National Olympic Committees do not fall within this official perimeter.

FrancsJeux asked four of the countries that had planned a meeting place in their colours for the Tokyo Games. To date, none have planned to give up on their project. But the organisation of their club or house remains shrouded in thick fog.

The Canadian Olympic Committee (COC) remains very vague on its intentions. It doesn’t mention the prospect of wiping their usual Canada Olympic House off the map, which had received much attention five years earlier at the Rio 2016 Games (pictured above). But its official position, 140 days before the opening, remains very uncertain.

“The Canadian Olympic Committee is making the health and safety of the Canadian team a priority at the Tokyo Games“, the body told FrancsJeux. “The IOC and the Tokyo 2020 Organising Committee have published practical guides to ensuring the safety and success of the Games, which stress the need to minimise physical interactions and limit participants’ movement as much as possible. That’s why we’re thinking about how we can modify our operational plans to meet these principles”.

Presented in spring 2019, Club France is planned in a building belonging to the Japanese channel Fuji TV. Located 2 km from the athletes’ village, it is financed by the National Olympic Committee (CNOSF) and by the OCOG Paris 2024. Surface area announced: 10 000 m2, including part of offices, press rooms and outdoor terraces.

140 days before the opening, the CNOSF “is still working on the scope and configuration of Club France, in particular according to the rules already issued by the IOC, TOCOG and the Japanese authorities, as well as those to come”, they specified. “The CNOSF will align with the health protocols that will be and are issued by these authorities. According to the elements known to date, this Club France will not welcome the general public, unlike in London and Rio, and it is for the moment configured to be a place of work for the CNOSF teams, institutions and the media“.

Athletes are not mentioned. However, they are used to going to Club France to meet the media and celebrate the medals.

The Italian Olympic Committee (CONI) has confirmed it to FrancsJeux: the Casa Italia will be well established in Tokyo. But its “terms of access will be decided in a few months“. At the last moment, then. With an update of the file towards the end of April.

To date, the Italians plan to bring the athletes to Casa Italia. CONI explains that it was able to organise an equivalent club, but on a smaller scale, at the recent Alpine Skiing Worlds in Cortina d´Ampezzo. “Everything went well, with the athletes in a health bubble, supervised by a COVID manager“, says CONI.

Same story. The Swiss House in Tokyo remains relevant. “As always, we adopted the concept in the host country, taking into account the interests of the public, the knowledge of our country and the local culture“, explains Présence Suisse, Switzerland’s official foreign communication agency, in charge of the project. “As with all human activities today, COVID forces us to adopt health measures and to follow the evolution of the situation and the measures decided by the authorities”.

Athletes? In Switzerland, like almost everywhere else, the answer is intended to be very vague. “The question of the presence of the athletes and the restrictions does not depend on us and we do not express ourselves on this subject“, abbreviated Presence Switzerland.