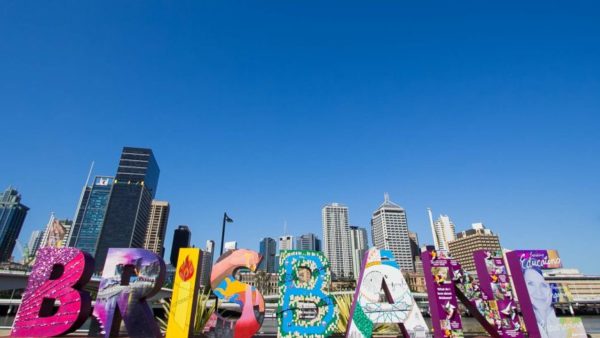 The new selection process for host cities for the Games has quelled the clamour. By putting the voting ceremony back into the oblivion of history, the IOC has stifled suspense, cries of joy and images of joy. Nevertheless, the Australians of Brisbane and Queensland are already showing a look of victors in the race for the Summer Games in 2032.

In the aftermath of the IOC Executive Board’s decision to initiate a “targeted dialogue” with the Australians, and with them alone, Australia woke up on Thursday 25th February with the near certainty of hosting the Summer Games for the third time in its history. Melbourne 1956, Sydney 2000, and soon Brisbane 2032. Great success for a country of 25 million souls.

John Coates is not mistaken. Presented as the main architect of the performance of Brisbane and Queensland, the IOC Vice-President knows a lot about the new procedure for appointing the host city. He is at the origin of it. He led the working group responsible for drafting the content. Since Thursday morning in Australian time, John Coates has been indulging in abandoning the conditional for the future when discussing the Games in 2032.

“It was a long night, but it resulted in a very mature decision for the IOC”, he said from Brisbane. Making such a decision when there are still more cities in the running and saying “Well, we’re going to start a focused dialogue with a favourite city” is an important message from him. “The IOC now deals exclusively with us, while we answer their questions and expectations. The other cities which have expressed an interest are put aside. This is an important recognition”.

Also according to John Coates, IOC members could be invited to vote on the choice of Queensland, in other words to validate it, as early as next summer. The Australian leader suggested that the vote could be held during the 138th session of the Olympic body, scheduled for July in Tokyo, before the Games open.

With such a scenario, Brisbane would be named the host city eleven years before the event. A record. Los Angeles had done almost as well at the Buenos Aires session in September 2017, clinching the hosting of the 2028 Games eleven years minus two months before hosting them.

Everything seems almost folded and the mass already said. But the job is not yet finished. John Coates has admitted it: the next step, the “focused dialogue“, promises to be busy. “The federal government must now present its commitments in terms of security, border control, and all subjects related to international events“, he said.

At the same time, all the political actors of the party – the federal and Queensland governments, municipalities concerned – will have to show their union. Never simple. But Annastacia Palaszczuk, the Prime Minister of Queensland, is already expressing, with a hand on her heart, her conviction of an unwavering consensus around the project.

Comment from the mayor of Brisbane, Adrian Schrinner: “When we started this adventure, a lot of people were skeptical. Now we are one step away from being named hosts of the 2032 Olympic and Paralympic Games. But now is not the time to get carried away. There is still a lot of work to be done“.

Like John Coates, Annastacia Palaszczuk also begins to use the future to talk about the Games. “We don’t need to build huge stadiums that won’t be used in the future”, she reiterated after the IOC’s decision was announced. The project presented by Australia proposes a device where 85% of the sites are already existing or temporary. They expect a budget of $4.5 billion.

Nothing to build, therefore. And yet the Queensland Prime Minister did not wait for the start of “targeted dialogue” to suggest that a new 50 000 seat Olympic stadium could rise from the ground. “There’s that option of a new big infrastructure, where we could have the opening ceremony… but we could also use Carrara”, she explained.

Carrara Stadium, located in Gold Coast, south of Brisbane, hosted the ceremonies and athletics events of the Commonwealth Games in 2018.

Another option on the table: the construction of an aquatic center with 15 000 places. But the Australians are not ruling out modernising existing swimming equipment in Brisbane and on the Gold Coast.