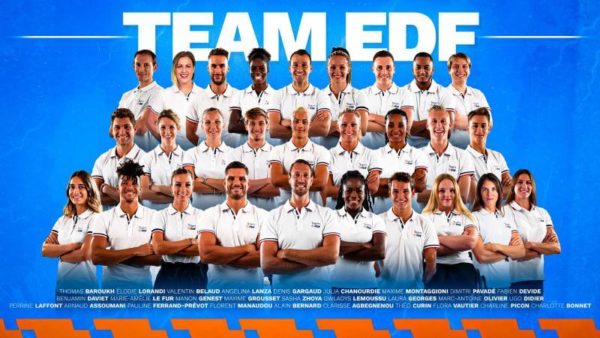 The health crisis and the one-year postponement of the Tokyo Games have not only slowed the progress of the OCOG Paris 2024 and upset its roadmap. With an Olympiad reduced to three years, the event’s partners also had to revise their plans. With what effects? FrancsJeux interviewed one of the leading sponsors – the premium category – of the Paris 2024 Games, the EDF group. Responses from Pierre Viriot, its director of internal communication and the Paris 2024 project.

FrancsJeux: Has the health crisis affected, in one way or another, the activation of your partnership with the COJO Paris 2024?

Pierre Viriot: The health crisis has not changed our approach to this partnership. We have maintained certain operations, including the strengthening of our team of athletes, Team EDF. We opened it up to other sports. It now has 28 high-level athletes. We have also activated the partnership internally, with the desire to involve as many employees as possible. This desire was concretised by the creation, last November, of a Team 2024, made up of 24 employees from the group, which will be renewed every year. They are very directly associated with the Olympic and Paralympic project. For this operation, we received more than 250 applications. But it is obvious that the postponement of the Tokyo Games has forced us to postpone certain operations planned for this event, in particular television sponsorship.

When do you plan to launch a broader public communication?

We have just done it very concretely this week with the launch of our application, ‘EDF Sport Energie’. This launch was planned earlier, it was postponed due to the health crisis. But studies now show that people want to play sports despite the lockdown and restrictions. We therefore maintained our initiative. The app allows people to earn energy points while participating in physical activity, using a tracker on their phone. The points earned are then converted into euros used by EDF to financially support social and environmental causes.

Have you measured the impact of your partnership with Paris 2024 since the contract was announced in November 2019?

Our investment is significant (Editor’s note: Paris 2024 does not communicate the figures of its marketing program, but the contracts of premium partners are estimated at a minimum of 100 million euros). We therefore obviously expect a return on this investment. It is still too early to measure it very precisely, but it can concern both the image of the EDF group in the public eye and employee engagement. On this second point, the result is already positive, in particular via the success of the Team 2024 operation. Media feedback from our team of athletes is also very good. We are now awaiting the first results of the application launched this week.

Paris 2024 announced, during the presentation of your partnership, that EDF would supply 100% of the Olympic venues with “renewable electricity“. With less than 4 years of the Games, do you think that this challenge can be met?

There is no doubt that it will be. We started quite recently, with the inauguration of the new OCOG headquarters in Seine-Saint-Denis. It is powered by renewable electricity, a very innovative system, the energy being produced by a wind farm located in Normandy. The system will be extended to the various competition venues. But we want to go beyond the commitment made with the OCOG when signing the partnership contract. We want to demonstrate our know-how, with photovoltaic panels near the athletes’ village, for example, or the use of hydrogen to power vehicles. The Paris 2024 Games can demonstrate all the solutions available, including the most innovative.

You have been very involved in the world of handisport for a long time. What do you think about the way Paris 2024 is currently approaching the Paralympic component?

It is a bit early to answer. At this stage, Paris 2024 shows a desire for integration, already manifested during the application phase. The Tokyo Games next summer should send strong signs. In my opinion, the benchmark in terms of presentation and visibility of the Paralympic Games remains London 2012. Paris 2024 must aim for the same objective. But such success does not depend only on the work of the OCOG. It also depends a lot on the resources and creativity of the broadcasters.