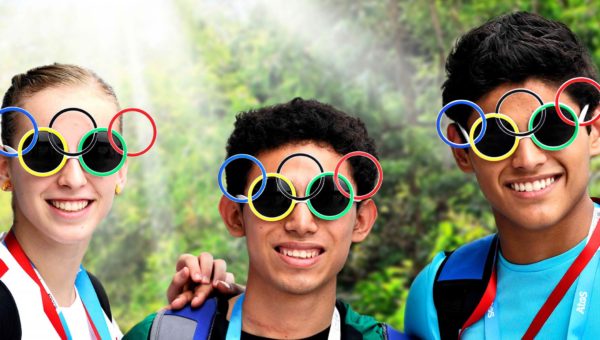 The formula may surprise. At least on the form. The IOC unveiled on Monday February 15th, via a long press release, its new strategic roadmap for the next five years. It is hidden behind a mathematical identity: Agenda 2020+5.

Those most aware of the intricacies of the Olympic movement will understand: it bears the mark of Thomas Bach. His mark and even, come on, his determination to mark the history of the IOC and its universe.

Elected to the presidency of the Olympic body during the Buenos Aires session in September 2013, the German leader quickly laid out a first roadmap: the Agenda 2020. It was to accompany the Olympic movement up to the Tokyo Games. And, implicitly, until the end of Thomas Bach’s first eight-year term.

Now assured of resuming for a second – and final – four-year lease, as he is the only candidate, the IOC President is preparing for a shorter-term future. His second Agenda will lead the Olympic movement until 2025, when Thomas Bach returns the keys to the presidential office for good.

The IOC’s new roadmap draws a lot of inspiration from the first, but with the bet of anchoring it in the world afterwards. It is designing a more sustainable, more connected future for the Olympic movement, more focused on youth. And, let’s not forget the blue chip, more fortunate.

The 15 recommendations contained in the 37-page document are based on trends likely, according to the IOC, to be “decisive in the post-coronavirus world, not to mention the areas where sport and the values ​​of the Olympism can play a key role in turning challenges into opportunities“.

They can be summed up in a few words: solidarity, digital growth, sustainability, credibility, and finally resilience in the face of the financial and economic consequences of the COVID-19 pandemic.

Unsurprisingly, the IOC once again expresses in Agenda 2020+5 its determination to rejuvenate its audience. With a target, already mentioned many times: digital. Virtual sports will be taken into account in the Olympic program. But, beware, this is not about video games. Not yet.

The authority specifies that the disciplines of eSports likely to one day enter the Games will have to be accompanied by a real physical effort. Virtual events, therefore, such as the international cycling, rowing or archery federations, for example, have offered some in recent months.

Another strong point: the representation and the rights of athletes. Cautious, the IOC remains unclear on the details. They are careful not to suggest an in-depth reform, or even an abrogation, of rule 50 of the Olympic Charter, according to which athletes are not allowed to express political, racial or religious opinion at the Games. But one of its recommendations is to better involve athletes in the leadership and decision-making of the bodies of the Olympic movement. It is also proposed to create an Athletes Department within the IOC.

In 2025, the IOC would also like to see the international calendar undergo an in-depth grooming, for example by organising the Olympic qualifying events on the occasion of events bringing together several sports. Obviously, the model of the European multisport championships, the second edition of which is to be held in Munich in 2022, seems very popular in Lausanne.

Finally, Thomas Bach suggests to the Olympic movement to work on “innovative models” to find income. One avenue could be to better market the marketing rights to the many Games qualifying events.

“When we adopted Olympic Agenda 2020 in 2014, we did it under the adage ‘to change or to be changed’”. This remains true today, explains Thomas Bach. “The world around us continues to change. Nothing illustrates this better than the current global COVID-19 pandemic and its consequences for society. As difficult as the circumstances may seem right now, if we draw the right conclusions, we can turn them into opportunities. To do this, we need to look at this future environment without delay“.

According to the IOC tally, no less than 88% of the 40 recommendations of Agenda 2020 have already been implemented. Its 2020+5 version has only 15. But they are more difficult to achieve.

The new IOC strategic roadmap will be submitted for consideration and adoption at the next session of the forum. It must take place from March 10th to 12th in virtual mode.