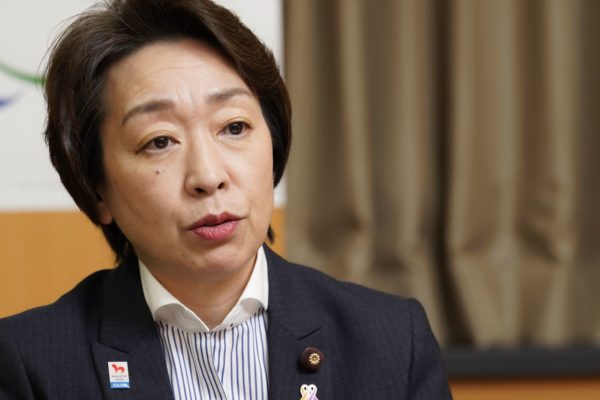 Time is running out. With 158 days before the alleged opening of the Tokyo Games (July 23rd to August 8th), the organising committee has yet to decide whether the next Olympic event will take place in the presence of an audience. Since the end of last week, they also need to find a new president.

The first decision, the presence of spectators, will not be up to the Japanese organisers alone. The second, the choice of a president, is up to them alone. According to the latest sources cited by the national media, anonymous but believed to be reliable, the choice should not drag on. The Nippon TV channel announces, this Monday, February 15th, that the successor of Yoshiro Mori could be known before the end of the week.

Proof of the violence of the shock wave provoked by the Yoshiro Mori affair, the process of appointing the future president of the Tokyo 2020 Games is presented as a model of transparency. The Japanese are not used to it. But the recent controversy over the sexist remarks of the former prime minister convinced everyone in high places that the choice could not be made between a handful of leaders, male for the most part and more than sixty years old for the most influential from the lot.

A “candidacy review committee” was set up last weekend. Both sexes are represented in equal parts. It will have athlete representatives. They want to be transparent.

In Lausanne, the IOC appreciated and made it known. “This decision is a clear commitment to gender equality, which is fully in line with Olympic Agenda 2020, the IOC’s strategic roadmap“, welcomed the Olympic body in a communicated statement.

Also according to Nippon TV, the selection committee must hold its first meeting at the beginning of this week, no later than Tuesday February 16th. Its members will submit the names of the candidates within the next day or two. The chosen one could be known before the end of the week. But the sources cited by the Japanese channel make it clear: the process could continue next week if the candidates turn out in large numbers.

With less than six months until the Games, such a scenario seems unlikely. Succeeding Yoshiro Mori as chair of the organising committee is billed as one of the toughest jobs on the market today. Credible applicants promise to be few.

A name emerges. Sign of the times: it’s that of a woman. Seiko Hashimoto (pictured above), the current Olympics minister, is said to be at the top of the list. At 56, she has a solid athletic background, having competed in the Games seven times, in speed skating for the winter, in cycling for the summer. She was also vice-president of the Japanese Olympic Committee (JOC).

Since her appointment as Olympic Minister in 2019, she has been dragging her feet. Proof of its legitimacy: Seiko Hashimoto was reappointed last September, after the arrival of Yoshihide Suga as head of the Japanese government.

Choosing a woman for the chairmanship of the organising committee would send a strong signal, especially to Japanese society, where the Mori case was seen as illustration of a deep evil. The only problem: it would be difficult for Seiko Hashimoto to combine the mandates of minister and president of Tokyo. The government should therefore find a replacement for her. Not easy.

But a name has already been mentioned, since the end of last week, to replace Seiko Hashimoto in the government: Tamayo Marukawa. A woman, too. Aged 50, former journalist for TV Asahi, she previously held the post of Minister of the Olympic Games, between 2016 and 2017.

Seiko Hashimoto as President of the Organising Committee and Tamayo Marukawa as Olympic Minister? Two women in two key positions at the next Summer Games, less than six months from the opening. The painting would not lack elegance. By adding Yuriko Koike, the governor of Tokyo, it would show Japan in a new light. An aspect of the Tokyo Games legacy little anticipated, but no doubt lasting.