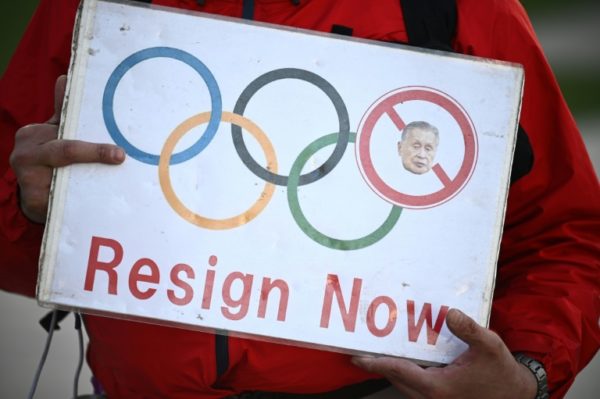 One president is leaving, but the next one may be slow in coming to the Tokyo Games Organising Committee. Yoshiro Mori tendered his resignation as Tokyo 2020 presidency on Friday, February 12th, at an executive board meeting scheduled for the afternoon. It was accepted. But the announcement of his replacement will not be immediate.

A name was already circulating to take over the office abandoned by Yoshiro Mori. Saburo Kawabuchi, a former professional football player, known in Japan for having participated in the Tokyo Games in 1964, then serving for a long time as president of the Japanese Football Federation. More recently, he was appointed mayor of the future athletes’ village for the Tokyo 2020 Games. A very symbolic function, certainly, but revealing of his influence in the Japanese Olympic movement.

Without fear of cutting corners, Saburo Kawabuchi assured the media on Thursday (February 11th) that he was ready to take the job. “My biggest mission will be to make it possible to organise the Games by all means“, he suggested. “It is an honour. I would like to accept and offer my help so that Mr. Mori’s efforts are not in vain”.

The case seemed to be over. Obviously, it is not. Saburo Kawabuchi will not be elected. According to Kyodo News, the name of Yoshiro Mori’s successor will not be known as of this Friday. A panel will be set up by the organising committee, with the task of proposing one or more names. The designation process will not be immediate. It might take a few days.

Two things are involved. The first relates to the approach. Saburo Kawabuchi would be Yoshiro Mori’s choice. He was allegedly suggested, if not dubbed, by the former prime minister. Comment from a board member, quoted by the Mainichi Shimbun: “It doesn’t make sense for a resigning boss to nominate his successor. This process should have stages. If it is allowed, there is not even a reason to hold a meeting”.

Admittedly, the former footballer has never been caught in the act of sexist remarks. But his age, background, and alleged closeness to Yoshiro Mori, do not seem likely to convince public opinion of any real change at the head of the organising committee. Very imprudent, Saburo Kawabuchi even suggested Thursday, February 11th that Yoshiro Mori should retain an advisory role to the organisers of the Tokyo Games.

Seiko Hashimoto, the Minister of the Olympic Games, does not budge: the priority is to restore public confidence in the Olympic and Paralympic event. With less than six months to go, all the polls agree on the obvious: the Japanese now overwhelmingly want the Games to be canceled or postponed again.

“The organising committee will make a decision after listening to the views of a wide range of people”, Seiko Hashimoto said on the eve of the board and executive committee meeting. According to several sources, the Olympic minister is among the postulants to succeed Yoshiro Mori. She would even point in a good position.

In Lausanne, the IOC makes no secret of its wish to see the Japanese demonstrate transparency in the appointment of his successor. With less than six months to go, the Tokyo Games can no longer afford another crisis.