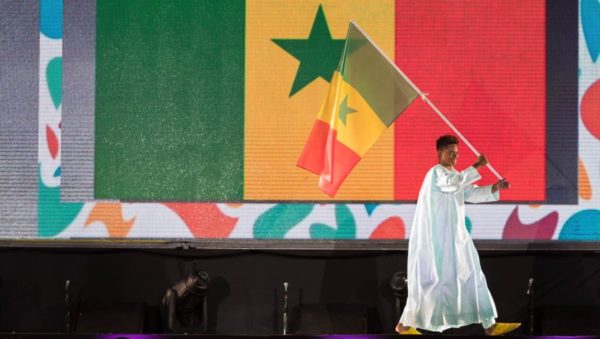 Time has stood still for the African Olympic movement. The continent was due to host the first Games in its history next year. The Youth Summer Games, awarded by the IOC to the capital of Senegal, Dakar. But the health crisis shattered the calendar, and with it the dreams of a generation of young African athletes. The event was postponed for four years. Dakar 2022 has become Dakar 2026.

What are the consequences for the organisers? What changes in preparation? Guest of Global Sports Week, Ibrahima Wade, the general coordinator of the Youth Games in Dakar, answered questions from FrancsJeux from Senegal.

FrancsJeux: How are you going to use the four extra years you have to organise the Youth Games?

Ibrahima Wade: We’ll use them to focus more on the legacy. With the Games in 2022, all our efforts would have been devoted to preparing for the event. We should have been constantly watching the countdown. With four more years, we will involve Senegalese youth even more. The average age of the organising committee staff will be very low, only 25 or 26 years old. We will also put more emphasis on the sustainability of the event. Finally, we have several initiatives in mind, including a Games caravan, which would cross the regions of Senegal and could even visit certain African capitals.

Has the postponement of the Games to 2026 slowed down or even paused the recruitment process for the organising committee?

The organising committee was officially created on February 28, 2020. Originally, it was decided with the IOC that we would be around 40 permanent staff on April 1st, for this first year. But after the decision to postpone for four years, taken last July, we revised our recruitment strategy. Today, the organising committee employs 15 people. This may not seem like much, but we have made the choice of an original operation, relying on external services and skills, especially at the state level. In addition, the Dakar 2022 project was built on already existing infrastructure. We only have some equipment to rehabilitate. To do this, we have concluded a cooperation agreement with the French Development Agency (AFD). But we will again outline our roadmap, on the issue of staffing, from 2024.

What is the impact of these additional four years on your budget?

After the decision to postpone, we reviewed our entire budget. But it is not going to increase. Today, we remain on the same budget structure. The expenses could even decrease, because we have more time to study different means of financing. In particular, we are going to try to have certain institutions take over tasks and expenses that should have come to us. The European Union, for example, could support us in recruiting and training volunteers. The African Development Bank, too, can help us. Its leaders have realised the importance of sport as a tool for development.

History has shown that African countries often struggle to deliver on time. Will you have the same problems?

We had originally planned to deliver the equipment no later than five months before the Youth Games, in July 2022. We would have struggled, but we would have been ready. With four more years, we will be even more so.

The postponement of the Games until 2026 will deprive a whole generation of young Senegalese athletes of the opportunity to participate in their first Olympic Games at home. Is it a big disappointment?

Of course. A disappointment for me as well, because I am also vice-president of the Senegalese Olympic committee. The national sports federations had started to work. The blow was severe. But we encourage them to continue. The African Games have been confirmed in 2022, they will be held in Addis Ababa. The generation that should have competed in the Dakar 2022 YOG will not be lost; we will prepare them for the Olympic Games in Paris 2024 and Los Angeles 2028. Above all, we will be able to prepare our young athletes even better for Dakar 2026. A program of immersion, also intended for technical executives, is being discussed with INSEP in Paris. It could take place between Senegal and the French capital. And we will be able to launch a vast program to detect young talents for Dakar 2026.