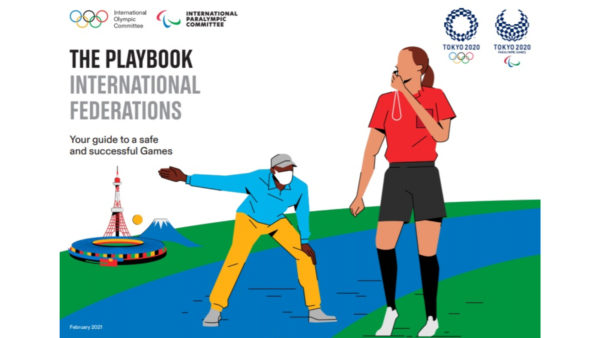 The Japanese had announced it, the IOC had confirmed it: the Tokyo Games will be unlike anything known. The World Games of after. A new model for the Olympic and Paralympic meeting. With the publication of the first in a series of four “playbooks” for the use of participants, Tokyo and Lausanne have lifted a large corner of the veil. And revealed a series of rules of conduct never before seen in the history of the Olympic movement.

With a few nuances, the rules should be the same for all accredited people. They want to be strict. With one priority: the health security of the Games and their participants. The manuals will be reassessed and updated, in April and then in June, depending on the evolution of the pandemic in Japan and the rest of the world. The final details will be revealed in June.

Clarification: the organisers of the Tokyo Games, the IOC and the IPC, have provided for an arsenal of sanctions in the event of non-compliance with health rules. Christophe Dubi, IOC Director of the Olympic Games, explained: “In the event of a violation, action could be taken. We have a disciplinary commission. If necessary, we’ll activate it. But we do not anticipate a large number of violations“.

Prepared between Tokyo and Lausanne since last spring, the practical manuals for the next Games leaves nothing to chance. They foreshadow an Olympic and Paralympic event where freedom of movement and deplacements will be greatly reduced, recklessness outlawed and improvisation unwelcome.

Nothing very unexpected. The first practical manual for the Games specifies that wearing a mask will be compulsory, except for eating, sleeping or outdoors, subject to social distancing of at least 2m. It recommends ventilating closed rooms every 30 minutes and avoiding sharing objects. Finally, it calls on international federations to bring more masks than during “normal” events, so that they can be replaced quickly during the hot and humid Tokyo summer.

Physical contact with others should be kept to a minimum during the 14 days prior to travel to Japan. Participants should list all the people they are likely to come into contact with during the Games, including their roommates and teammates. They will have to record daily data on their state of health on a dedicated application. A PCR test will be required 72 hours before departure. At airports, participants should move as quickly as possible and not stop in shops.

A watchword, heralding a very formatted Olympic experience: avoid physical contact. Members of international federations and technical officials are requested to maintain a distance of two meters at all times, especially with athletes. The manual also says they will need to avoid crowds and confined spaces. Whenever possible, “unnecessary forms of physical contact”: hugs, high-fives and handshakes will be prohibited. Lastly, they should not use public transport, except with prior authorisation. Tourism will be impossible. Night outings (bars, nightclubs, parties) will not be authorised.

The temperature of the participants will be measured at each entry into an Olympic site. It must be recorded on a dedicated application. Anyone whose temperature is above 37.5 degrees will not be able to access the site. A screening test will be carried out upon arrival at the airport. During the Games, tests will be carried out at least every four days. Positive cases will result in immediate isolation.

Finally, the practical manual recommends not singing or cheering athletes and teams at the competition venues. Applause, on the other hand, will be tolerated. This same recommendation should be extended to all spectators. On condition, however, that they are admitted to the Tokyo Games.