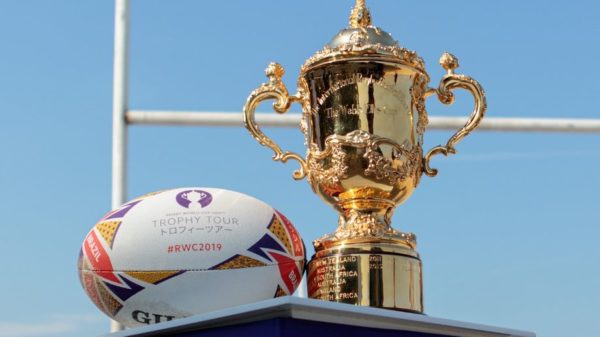 Let’s go. World Rugby officially launched, on Monday February 1st, the first phase of the selection process for the host countries for the next four editions of the Rugby World Cup. A so-called “dialogue” phase, more informal than selective, where interested nations are invited to discuss with the world body before actually embarking on the race.

A first step, then. But World Rugby makes no secret of it: its diary should fill up quickly. Unprecedented, the world body is bringing into play four editions of the World Cup, for women in 2025 and 2029, for men in 2027 and 2031. Four prizes to be awarded at the end of a single selection procedure. Proof that the “new deal” in World Rugby’s strategic plan and its president, Briton Bill Beaumont, is not just a style formula.

At this stage of the race, the potential starters do not all want to come out of the woods. Admittedly, Australia have already declared themselves for the Men’s World Cup in 2027, where they shouldn’t have too much trouble dismissing Russia, another announced candidate. But the Russians don’t put all their eggs in one basket. They are also eyeing the 2031 edition. Americans also say they are interested, probably more for the 2031 edition than the previous one. For the rest, we will have to wait.

Alan Gilpin, World Rugby World Cup director, is careful not to drop names. But the Briton assures him: “There is a strong interest, a very strong interest. At this stage, only at the starting point, we are very satisfied“.

The crisis? It makes the context delicate, according to Alan Gilpin, and the “more difficult” discussions between stakeholders, including governments. But World Rugby has a strong advantage in its pitch: the World Rugby can pay big dividends for the host country, at least in its men’s version. The last edition of the tournament, organised in 2019 in Japan, blew up all the counters. Its economic impact has reached 5.62 billion dollars.

Still, the next world could reshuffle the cards and push countries into alliances. “We are open to joint candidacies from several countries“, concedes Alan Gilpin, acknowledging having already had discussions in this direction with several parties.

The following? The dialogue phase, launched on Monday February 1st, will end in the spring. It will be followed, from May 2021, by the more formal application phase. Applicants will be expected to draft their detailed proposals with World Rugby, providing clarification and support to ensure the best possible model. This phase will end with the submission of application files, along with hosting agreements and guarantees by the applicants, in January 2022.

From the following month, the applications will be evaluated by a group of experts. The evaluation report will be submitted to the World Rugby Council. The vote for the attribution of the World Cups for women in 2025 and 2029, for men in 2027 and 2031, will take place in May 2022. Another novelty: it will be done electronically, the voters being supposed to vote after having examined an evaluation of the risks, rather than a recommendation.