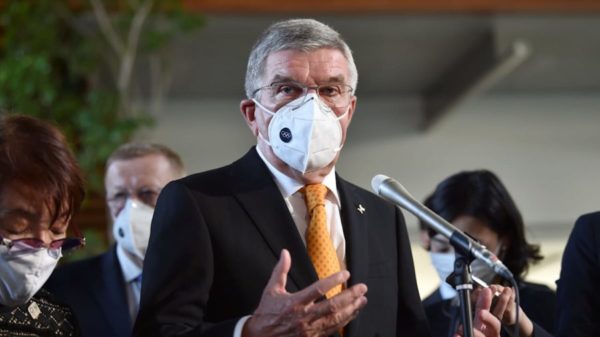 Thomas Bach does not like rumours. We can understand it. With less than six months before the Tokyo Games, the rumours are now almost daily to announce the cancellation of the Olympic and Paralympic event. The IOC President hears them. But, by his own admission, he does not listen to them.

Thomas Bach hammered it again on Wednesday January 27th, during an online press conference organised after the meeting of the IOC Executive Board: the Tokyo Games will take place well on the dates planned, from July 23 to 8 August 2021. They will not be postponed or canceled, much less moved to another place in the world.

“We are not wasting our time in speculation“, the German leader insisted, cutting short questions over rumours of a cancellation. “We are fully focused and committed to the successful hosting of the Tokyo Games. Our mission is to organise the Games, not to cancel them. Our role is to make the athletes’ dream come true. We just ask for patience, for understanding. This is the main message”.

Patience, therefore. With less than six months to go, time is running out. The IOC knows it. The Japanese are certainly even more aware of this. But Thomas Bach does not hide it: the questions remain even more numerous than the answers.

At the top of the pile, the public at the competition venues. Long ruled out, in Lausanne as in Tokyo, the option of closed doors is now being considered. “I can’t tell you that”, Thomas Bach replied to a question about whether or not spectators were present at the Tokyo Games.

But the IOC President insisted: “Everyone would like to have full stadiums and cheering crowds. But a secure organisation is the first priority. We will do whatever is necessary to organise a safe Games“.

The choice of words is not trivial. Without really expressing it, Thomas Bach opens the door to a possible closed door, the first in the history of the Games. Nothing has been decided yet, the matter is expected to be decided by the end of March at the latest. But the scenario of empty stadiums is now well placed on the table.

The vaccination? Even blurry. Thomas Bach acknowledged, Wednesday January 27th, that it counted among the sanitary measures to be put in place, the famous “toolbox” mentioned repeatedly in recent months by the German leader. But he said it would be neither a quick fix nor an obligation.

“We encourage everyone to get vaccinated for themselves, and in solidarity with the Japanese and with all participants. But athletes should not come before other people”, explained Thomas Bach, specifying that the IOC had asked the 206 National Olympic Committees to contact their governments to set up a vaccination procedure that respects ethics and rules. force.

“No one, even the scientific community, can predict the health situation in the 206 countries which will participate in the Olympic and Paralympic Games between July and September“, pleads Thomas Bach.

While waiting for a less uncertain horizon, the IOC will publish at the beginning of February, probably by the end of next week, a guide bringing together the directives decided in Lausanne and Tokyo for participation in the Tokyo Games. In particular, they will detail the rules of entry into Japan and the measures envisaged to limit the risks of the virus spreading.