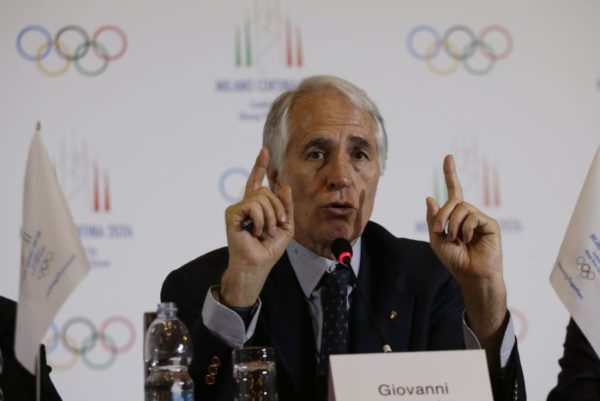 Will Italy meet the same fate as Russia? Will its athletes have to compete at the Tokyo Games under neutral uniforms, anthems and flags? With less than six months of the event, the threat becomes clearer. The sanction could fall as early as this week, on the occasion of the next meeting of the IOC Executive Board.

Giovanni Malago (photo above), the President of the Italian Olympic Committee (CONI), also a member of the IOC, knows this. He has repeatedly called on the Italian government for many months in the hope of avoiding such a sanction. But his efforts have not yet succeeded. And they will certainly not be successful before Wednesday, January 27th, the date of the IOC Executive Board meeting where the Italian question is to be discussed once again.

It is indeed difficult to imagine the Italian government urgently addressing the Olympic subject, when the Prime Minister, Giuseppe Conte, is due to announce his resignation on Tuesday January 26th. The Italian sports movement will have to wait. Wait and hope for leniency from the IOC.

The case goes back a long way. It originated at the end of 2018, when the Italian government decided to dispossess CONI of some of its prerogatives, including the allocation of subsidies to the national Olympic movement, to entrust them to a new agency, Sport e Salute. The latter distributed around 280 million to sports federations last year.

The only problem, but a significant one: this new organisation set up at the beginning of 2019 depends directly on the Italian government. The organisation of the transalpine Olympic movement, with a stranglehold of political power, is therefore in conflict with the Olympic Charter.

For two years, the IOC has regularly alerted Italian political authorities to the urgent need to bring their organisation back into line with the rules of the Olympic movement. As early as summer 2019, Thomas Bach wrote a very official letter to Italian Prime Minister Giuseppe Conte.

“In the current situation, CONI can no longer fully play its role of national Olympic committee recognised by the IOC and operate in accordance with the Olympic charter“, Thomas Bach insisted in his letter. The German leader even suggested that Italy could lose the right to host the 2026 Winter Games in Milan and Cortina d´Ampezzo.

In the absence of a response, Thomas Bach reiterated his concern, and his threat of sanction, last September on the occasion of his visit to Imola for the World Road Cycling Championships. Once again, without any concrete result.

Of course, the Italian sports minister, Vincenzo Spadafora, assured the IOC last November that the forthcoming government reforms would very quickly give CONI “adequate functional and organisational autonomy, as dictated by the Olympic Charter”. But the reforms fell through.

“We can still find a solution by Wednesday, there is still time“, said Giovanni Malago, Monday, January 25, during a parliamentary hearing. The president of CONI spoke of a “dramatic situation” for Italian sport. He insisted on the fact that the IOC has been asking for legislative changes for two years, but without the slightest result.

On a more personal note, the current Italian sports law could prevent Giovanni Malago from seeking a third consecutive term as CONI presidency next May. The legislative text limits the maximum number of terms at the head of the Olympic body to two.

Obviously, there is no time to turn the tide of history by Wednesday. But the IOC Executive Board could decide to impose only a temporary suspension on Italy. It could then be lifted if the government restores CONI’s autonomy, especially financial, before the start of the Tokyo Games.