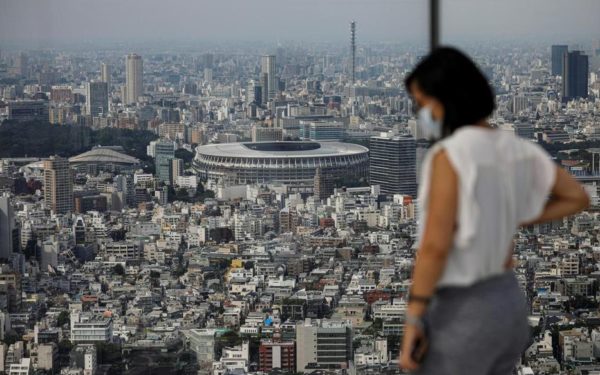 The information should be taken with caution. But it is colossal. According to The Times of London, the Japanese government is now leaning towards a scenario of canceling the Tokyo Games.

The British daily quotes an anonymous source at the top of the state. A member of the government, nothing less.

They cite the cancellation of the Games as the only possible outcome at this stage of the pandemic. And even, reports The Times, the plan to postpone the Tokyo Games to the year 2032.

“Nobody wants to be the first to say it, but the consensus now is that it has become too difficult (to organise them)“, said the source quoted by The Times. “Personally, I don’t think the Games are going to take place“.

Also according to The Times, the Japanese authorities are working on a possible postponement of their event to… summer 2032. They could thus use some of the competition venues built for the Tokyo 2020 Games twelve years late.

Info or intox? Solicited, the organisers of the Games issued a statement on Friday, January 22nd, in which they do not directly mention the information from The Times, but repeat once again that the event will be held on the dates scheduled.

“All of our partners, including the national government, the Tokyo Metropolitan Government, the Tokyo 2020 Organising Committee, the IOC, and the IPC, are fully focused on hosting the Games this summer”, they insist. “We hope that everyday life can return to normal as quickly as possible, and we will continue our efforts to prepare for safe and secure Games“.

Coincidence or not, The Times‘ news broke just hours after an interview with Thomas Bach with Japanese agency Kyodo News, in which the IOC President repeats that the Games will be held well in less than 200 days.

“We have no reason at this time to believe that the Olympic Games in Tokyo will not open on July 23 at the Olympic Stadium in Tokyo“, Bach said. “That’s why there is no Plan B and that’s why we are totally committed to making the Games safe and successful”.

Same story, without a hint of doubt, with Christophe Dubi. The IOC Director of the Olympic Games assured Swiss magazine L’Illustré in an interview published on Thursday (January 21st) that the Games would be held on the dates announced.

“A second postponement or a cancellation is not an option and never has been”, insists Christophe Dubi. “This is even less the case for Beijing 2022, since the Winter Games involve fewer nations, fewer athletes, and the vaccination campaign will take six more months“.

Christophe Dubi insists: “We have defined a clear line of conduct with the Japanese authorities, and we will not deviate from it. The health crisis obviously makes the organisation of these Games very complex. Concretely, we are preparing for two possible scenarios. One, optimistic, of a gradual return to normal, with a few pockets of contamination, and the other, with the prevalence we know today. In this regard, it should be noted that despite the state of health emergency decree by the government, the current rate of reproduction of the virus in Japan is ten times lower than in Switzerland, for example“.

The Australian Olympic Committee (AOC) issued a statement on the morning of Friday, January 22nd, responding to “rumours” of a cancellation of the Tokyo Games. The national body ensures that it is continuing its preparation for Australian athletes to travel to the Tokyo Games, compete in their competitions and then return home safely. They also reiterate that they are continuing with the political authorities Queensland’s bid process for the Summer Games in 2032.