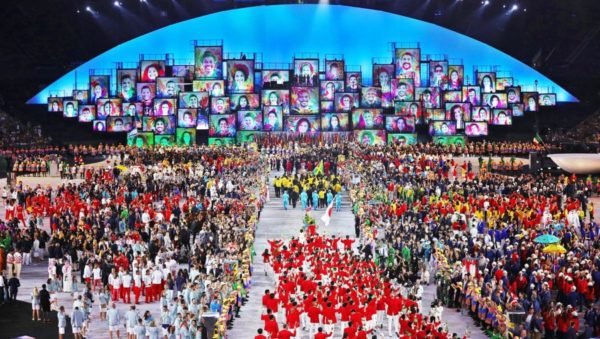 The IOC has been saying it all over the place for months: There is no question of sacrificing the “athlete experience” next summer at the Tokyo Games. The intention is commendable. But for almost half of future Olympians, they will be missing a centerpiece to the Olympic experience.

According to the Japanese daily Yomiuri, the IOC has already done its accounts. And discovered, at the end of an equation set with the Japanese organisers, that only 6 000 athletes will participate on Friday July 23, 2021 in the opening ceremony of the Tokyo Games, out of the 10 500 participants expected at the Olympic meeting. In question, the health measures prepared in Tokyo and Lausanne to fight against the spread of the coronavirus.

The IOC and the organising committee have already announced that the athletes’ stay in the Olympic Village will be very reduced. Competitors will be allowed to take possession of their rooms only five days before their entry into competition. They will then have to leave there at the latest two days after the end of their events.

With such a health plan, the Olympic Village will never be full. It was built and fitted out to accommodate around 18 000 people, between the athletes, their staff and officials. But the global pandemic has turned things upside down. It now appears oversized.

By forcing delegations to bring in their athletes in successive waves, the IOC mechanically reduces the size of the Olympians parade at the Opening Ceremony. Representatives of the majority of sports for the second week of the Games will be absent. Athletics, in particular, could be excluded from an evening where it has regularly provided its share of flag bearers.

As the same causes produce identical effects, the closing ceremony is also announced in a reduced format. It will only concern athletes engaged in the sports and disciplines of the second week, or even the end, of the Games.

Of course, foreign delegations are not prohibited from allowing their athletes to stay in Tokyo after returning the keys to their rooms in the village. But their accommodation at the hotel would then be the responsibility of their national Olympic committee, or even their sports federation, the organisers of the Tokyo Games providing the hospitality only on the official site. In the current economic situation of the Olympic movement, such an expense seems difficult for the vast majority of countries to afford.

Since the postponement decision, Japanese organisers have repeatedly said that the opening ceremony could not ignore the health context. They even recently changed the team in charge of the evening, with the assumed desire to give it a different tone, more in line with the world after.

But for nearly one in two athletes, the parade of delegations will be a far cry from the action. From a distance. On the television.