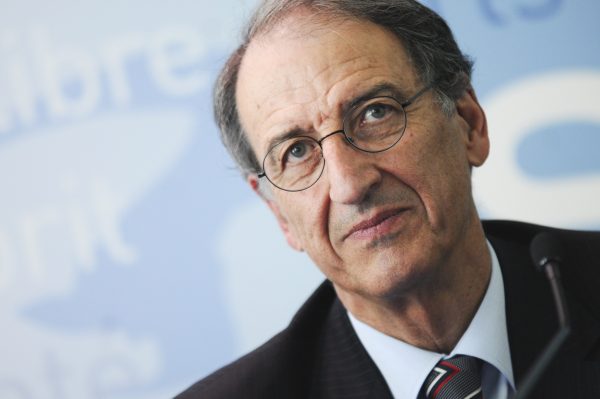 A page will soon turn for the French sports movement. Denis Masseglia, president of the French National and Sports Committee (CNOSF) for more than eleven years, will return the keys to his office at the end of June. Reached by the age limit (he admits 73 years), the Marseille leader will not seek a fourth term.

With five months and a handful of days remaining in his presidency, the former international rower and physics teacher wants to complete his career without slowing down. After a year 2020 which will remain, by his own admission, one of the most demanding of his mandate in terms of work and mobilisation, he is entering the home stretch with the desire to leave the place neat and tidy. He answered questions from FrancsJeux.

FrancsJeux: What is the biggest challenge for French sport in 2021?

Denis Masseglia: Resume normal activity. Everything else, including the signing of legal texts, is classic. But getting back to work in clubs is the number one challenge. The fear is not only economic, it also lies in the uncertainty about the behaviour of the dismissed when they can resume sporting activity. Will they come back? Without the possibility of practicing, some move on. The recovery will be all the more difficult the longer the break is. Many sports federations are currently in great difficulty, with declining revenues but still significant costs. I was somewhat reassured last September by the high demand from practitioners after several months of frustration. But this request should not be translated into a purely individual practice. The licensees must return to the clubs. The challenge is there.

What is your current estimate of the chances that the Tokyo Games will be held in 2021?

I am not worried about the Games being held. The indications provided by the Japanese authorities, by the IOC and by the organising committee all reflect a common desire to maintain them. I’m confident. The question is rather how they will be able to unfold. It would make sense if all accredited people would be required to be vaccinated. The IOC justified its decision to postpone last year by betting on vaccination. It is too early to have a precise picture, but we will know how to adapt.

The Paris 2024 project has been, from the start, to contribute to a leap forward for French sport and the place for sport in society. At 3 and a half years before the Games, are we on the right track?

I have never hidden it, the first year after the victory in Paris was disappointing. In 2018, the means mobilised by the State for sport did not live up to expectations. Since then, there have been advances. The President of the Republic sent a strong message on the occasion of the meeting of more than two hours held last November by videoconference. The creation of the pass’sport (financial aid from the State for the registration in a sports club of a young person under 16) would be a flagship measure within the framework of the legacy of Paris 2024. It is hoped that it will be set up and it will be able to continue. The pass’sport was approved with an envelope of 100 million euros in 2021. It should increase in the years to come. The sedentary lifestyle of young French people can become a time bomb for society. It is a public and moral health issue. Things are progressing, but I admit that they are moving less quickly than we had imagined.

Your last term as CNOSF president ends next June. What is left for you to accomplish before letting go?

I have five months left. Before concluding, I would like us to be able to adopt among ourselves, in the sports movement, a pact of loyalty. We voted on act 1 at the last general assembly, I would like to see act 2 before my term ends. I would like to leave a CNOSF intact, economically but also in terms of its capacity for action. To use an IOC expression, I hope to see unity emerge in diversity.

What image would you like to leave of yourself as president of the CNOSF?

I don’t like to talk about myself. I am rather one of the people who does, as opposed to the people who say. I am more interested in the basis of an action than in the words. The loudmouth aspect, appreciated by the media, has never been my priority. But personally, I would like us to remember the colossal work done over the years to achieve a new model of the sports movement, with shared governance and the creation of the National Sports Agency. I was very much alone, at the beginning, to campaign for such a concept. It was finally adopted at 85% by the general assembly of the CNOSF. This is no small feat.

You will no longer be president of the CNOSF at the time of the Paris 2024 Games. Where and how would you like to experience them?

I have no requirements. I will live them as I am asked. I participated in obtaining them, the CNOSF has played a major role in this adventure, from the very beginning. But I don’t care what happens next. I may not be a volunteer (laughs), but if I have to play a role at the Paris 2024 Games, it will be to be of service and to be useful. I have one quality and that is adaptability. I will adapt.