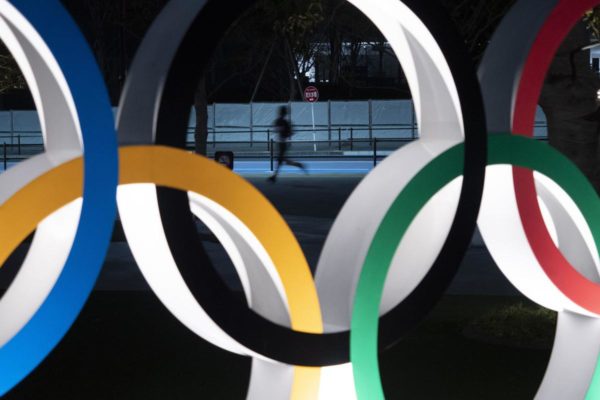 It is done. Without the slightest surprise, good or bad, the city of Tokyo and three of its neighbouring prefectures, Saitama, Chiba and Kanagawa, were placed in a state of emergency on Thursday (January 7th). 197 days before the opening ceremony of the next Summer Games.

Japanese Prime Minister, Yoshihide Suga, made the announcement himself in the early evening. It was expected. And, for many, now inevitable. Japan recorded more than 6,000 new cases of coronavirus as of Thursday, January 7. A new record for the Asian archipelago. The city of Tokyo alone recorded 2,447 of them. Another record. The day before, the number of positive cases for the virus stood at 1,591. This was already a record for the capital.

The state of emergency went into effect in the early hours of the day on Friday, January 8. It will continue for at least a month, until Sunday, February 7. Tokyo will then have fallen within the six-month mark before the start of the Olympic Games (July 23 to August 8, 2021).

Let’s be clear: the announcement of the state of emergency, and the dramatic escalation of the pandemic in Tokyo and the rest of Japan, hardly gives any cause for optimism about the prospect of seeing the same city and the same country welcome the entire planet in less than 200 days.

Yoshihide Suga’s decision sends the rest of the world, especially the Olympic movement, a disturbing message to say the least. Dick Pound is not mistaken. The former Canadian lawyer, senior member of the IOC, admitted this week: “I cannot be sure that the Games can really take place, because the worst would be another outbreak of the virus”.

However, the state of emergency imposed on Tokyo and its metropolitan area by the central government does not seem likely to put an end to preparations for the Games. In detail, its constraints are even quite anecdotal, at least for the organising committee.

Restaurants and bars must stop serving alcohol after 7pm and close an hour later. Residents are asked to limit their trips to only essential needs and, as far as possible, to favour teleworking. Sporting events will have to reduce the number of spectators to a maximum of 5 000 people. All events, sporting or cultural, must end no later than 8pm.

Another consequence, but before the declaration of a state of emergency in the metropolitan area of ​​Tokyo: the government has suspended, for an indefinite period of time, the entry of visitors from abroad, with the exception of Japanese residents.

In fact, nothing very spectacular, then. Anything but a stop, arguably irreparable at this point in the countdown, in preparation for the Olympic and Paralympic Games.

However, the news from Japan remains worrying. The BBC reports that the vaccination campaign in the archipelago, which is crucial for the proper organisation of the Games (spectators, volunteers, staff, etc.), could turn out to be slower than expected.

Japan has secured the acquisition of 540 million doses of vaccine from Western laboratories, a number theoretically largely sufficient for a population of 126 million. But according to one of the manufacturers, Moderna Inc, the vaccine is unlikely to be licensed in Japan until May due to clinical trial requirements.

According to Masayuki Imagawa, Japan’s vaccine business manager for Takeda Pharmaceutical, as quoted by Reuters, approval of the vaccine next May would actually be in reality “the most optimistic scenario”. There would then be only two months and a handful of days before the arrival of delegations. A really tight schedule.