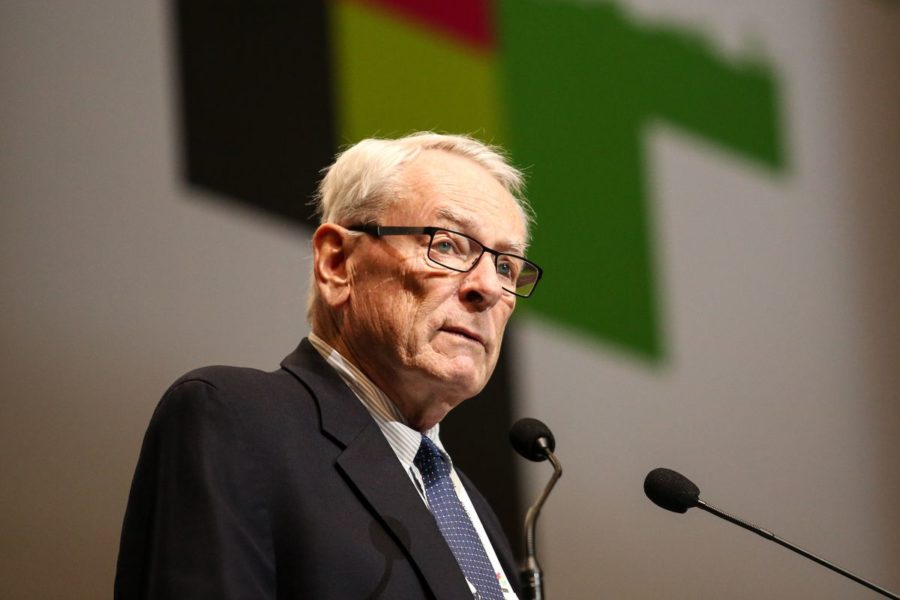 At 78, Dick Pound is not just the oldest member of the IOC. The former Canadian swimmer and lawyer is also regarded as the freest Olympic leader in his remarks. Unlike the majority of his peers, he cultivates no taste for the tongue-in-cheek. He speaks. He is not afraid of the comotion.

Its latest media release raises a debate hitherto approached with a luxury of precautions by the IOC and the bodies of the Olympic movement. It concerns the vaccination of athletes. With a question: Should the Olympians of the Tokyo Games be considered a priority?

Last November, Thomas Bach replied in the negative. The IOC president used his trip to Tokyo, the first since the onset of the health crisis, to suggest that athletes should not go high on the list in the vaccination process. Doctors and nursing staff must be given priority, said Thomas Bach.

Dick Pound thinks the opposite. He explained it bluntly in an interview with the UK Sky News.

“In Canada, where we have between 300 and 400 athletes, we need between 300 and 400 doses of the few million that will be available for Canada to be represented in an international sporting event of this magnitude”, said Dick Pound. “I don’t think that would cause an uproar among the population”.

“Each country has to make its decisions, and some people might say that the athletes are bypassing the line, but I think it’s the most realistic approach”, he insists. “I’m 78 years old and I’m ready to give up my place to allow an athlete to go to Tokyo. If you have 11,000 athletes from over 200 countries, that means on average 50 athletes per country. It’s not the end of the world if you encourage Olympic athletes to participate”.

For Dick Pound, promoting the vaccination of athletes would not simply have the effect of opening the doors to the Games without having to endure the constraints of isolation. Such a move would have a more universal impact: it could save the Tokyo Games, whose threat of cancellation continues to loom.

“The Games represent a sign of determination on a global scale, in a global event”, he told Radio-Canada. “If you can succeed with the Olympics, it is a signal all over the world that it is possible to win in such a difficult situation for the whole planet”.

Unsurprisingly, Dick Pound’s very direct words were greeted, and above all commented on, with reserve and caution in the Olympic movement. The Canadian expressed aloud what many leaders think silently. But he remains the only one not to fear to shock an opinion where the question of vaccinations is already becoming very controversial.

In Canada, the General Director of the National Olympic Committee (COC), David Shoemaker, quickly distanced himself from Dick Pound’s position. “We believe that workers on the front lines of the health crisis and the most vulnerable will remain a priority, and that Team Canada’s access to vaccines will depend on many factors, including the laws that will govern entry into Japan. next summer”, he said in a statement.

For Dick Pound, the question is above all pragmatic. A few tens of thousands of doses, worldwide, in an attempt to save an event of universal significance. For others, the debate is about ethics. With less than 200 days of the Tokyo Games, the time will soon come to choose sides.