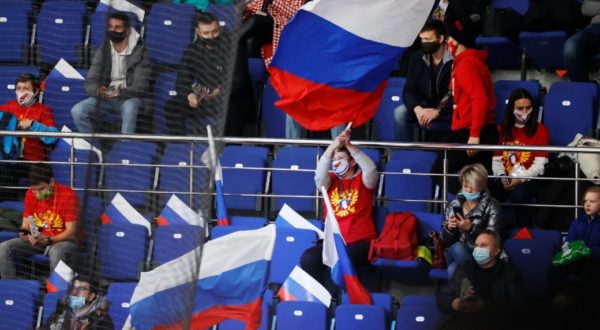 The new world has already started for Russian sports. It promises to be unprecedented. But, unlike the rest of the world, the health crisis has nothing to do with it.

Excluded for a period of two years from all world and Olympic competitions, Russia does not really disappear from the landscape. It hides only under a new name, with a different look. Proof will be given from the first half of next January at the Men’s Handball World Cup.

The event is scheduled to take place from January 13 to 31, 2021 in Egypt, the country of the President of the International Handball Federation (IHF), Hassan Moustafa. Russia is one of the countries involved. Their squad has been placed into Group H, along with Belarus, Slovenia and South Korea.

On paper, their chances seem slim. The Russians took 14th place in the last men’s World Cup, contested in 2019. Their current squad is just a shadow of the world champion roster in 1993 and 1997.

Still, their presence in Egypt next month foreshadows what awaits Russia during its two-year purgatory. Let’s be clear: they could have known worse.

Two weeks before the competition opens, the International Handball Federation (IHF) has unveiled the rules and modalities for the Russian team’s participation. They are supposed to respect the conditions, ultimately quite flexible, set earlier this month by the Court of Arbitration for Sport (CAS) when rendering its decision in the dispute between WADA and RUSADA.

First announcement, the most important: Russia will be present. They are not excluded from the planetary tournament. Of course, its name will not be listed as is on the official documents of the competition. But for the rest, nothing really changes.

The IHF has decided that the Russian team could participate in the Worlds under the name of the Russian Handball Federation. Instead of the usual RUS, it will be associated with the acronym RHF. The word ‘Russia’ will be banned from the competition. The Russian flag will not appear on the players’ shirts. It will be replaced by the logo of the national handball federation.

The question of the anthem, however, has yet to be decided. It is reportedly being discussed with the IOC and the Russian Olympic Committee, IHF said. In the event that the two sides fail to come to an agreement within the next two weeks, the official anthem of the International Handball Federation will be played before the matches of the Russian team. A detail.

Also according to the IHF, the modalities of Russia’s participation in the 2021 Men’s World Cup in Egypt have been discussed in recent days with the IOC, the National Olympic Committee and the Russian handball federation, “in accordance with the decision of the Court of Arbitration for Sport”.

Clearly, none of the parties involved has sought to be overzealous, one way or the other. The result is no loser. It saves appearances.

The next international events involving Russia could well also opt one after the other for an equally moderate approach to the Russian subject. Respect for the rules set by the CAS, but without trying to do too much.

At the world junior ice hockey championships, currently contested in Canada, Russia is also well represented. Its players were even allowed to wear their usual colors, with the word ‘Russia’ inscribed in Cyrillic on the front of the shirts. As usual, in short. But the International Ice Hockey Federation (IIHF) explained at the start of the tournament: The CAS decision does not apply to competitions reserved for juniors.