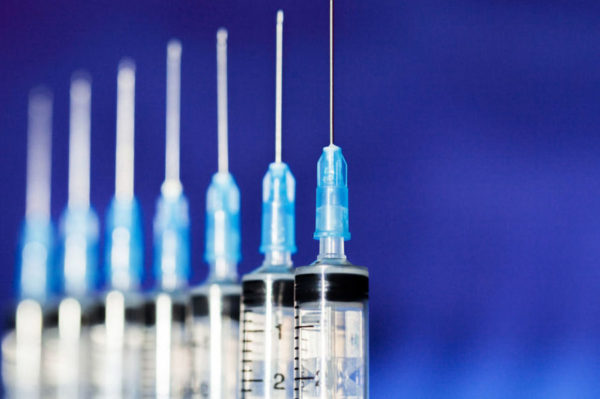 Should we be afraid of the Rodchenkov law, recently adopted by the US Senate and House of Representatives, then signed by Donald Trump? The international Olympic movement believes it. And they do not hesitate to voice their fears.

The World Anti-Doping Agency (WADA), in particular, was quick to respond to the prospect of the United States emerging as policemen in the fight against doping in the world. On paper, American justice now has the right to prosecute, and possibly sanction, all individuals and/or organisations found guilty of doping, anywhere on the planet, provided that the facts took place on occasion of an event involving at least one US citizen.

What about law enforcement? The future will answer. But for Jean-Loup Chappelet, honorary professor at IDHEAP at the University of Lausanne, fear of the Olympic movement is undoubtedly excessive. He explained it in a column for the Swiss daily Le Temps. We publish it in its entirety.

“The Rodchenkov Law has just been approved by Congress and enacted by the President of the United States. Some see it as a risk for the global fight against doping. This is grossly overkill and here’s why.

This law will finally make it possible to fight against traffickers of doping products and their networks, often mafia, throughout the world if American athletes or sponsors are harmed because of this trafficking. These traffickers can be sentenced by US courts, regardless of nationality, to fines of up to $1 million and 10 years in prison.

In the event of doping, all athletes are already sanctioned sportingly by suspensions of varying lengths according to the World Anti-Doping Code signed by their federation and made compulsory by the UNESCO International Anti-Doping Convention, ratified by almost all the States of the planet (including the United States). According to this code, traffickers, especially in the entourage of athletes, are theoretically liable to sanctions, but they are rarely affected, as their suspensions are largely ineffective for competitions in which they do not participate.

The extraterritoriality in question

In Switzerland, where the trafficking of doping substances for athletes has been criminalised by law since 2000, the cantons are responsible for prosecuting traffickers (in collaboration with the Federal Customs Administration and Antidoping Switzerland). Very few cases have been criminally prosecuted (with a fine or imprisonment for up to 5 years) against traffickers or suppliers of doping products, if not none (lack of transparency, it is not possible to be more precise).

The recent U.S. law will allow U.S. prosecutors to prosecute traffickers and their often international networks – even if they are not U.S. citizens or have not acted on U.S. territory – if American athletes, sponsors or broadcasters of international sporting events are affected (that is, most major sporting events).

This extraterritorial application of the law shocks some, but it is this one which allowed, for example, the arrest in Zurich in 2015 and then the extradition of some fifteen FIFA executives who had participated in acts of corruption. This is under US RICO (Racketeer Influenced and Corrupt Organisations) law, through bilateral mutual assistance, data exchange and extradition treaties. The extraterritoriality of Swiss laws was also hotly debated during the recent vote on responsible companies (and other organizations).

It is regrettable, however, that this new American law bears the name of one of those who made the institutional doping that existed in Russia before the Sochi 2014 Games work and then denounced it. Had it been in force, the Rodchenkov Act would have allowed the involvement of Grigor Rodchenkov, currently a protected witness in the United States.

Hard on the inside, soft on the outside

It excludes criminal penalties for doping athletes participating in the major American professional leagues (baseball, American football, basketball, ice hockey) or in the university championships of the NCCA (National Collegiate Athletics Association). On the other hand, they remain subject to all American laws which prohibit the trafficking of drugs and other illicit substances. These athletes are not subject to sports sanctions either, because their unions did not want their leagues (which did not insist) sign the World Anti-Doping Code (which remains applicable to all other American athletes since the United States are party to the UNESCO convention). The big American leagues consider themselves more as spectacle than as sport! It’s not the European model.

Above all, we see once again the growing interweaving in world sport of “hard” domestic laws (like the new US law) and “soft” transnational rules (like the World Anti-Doping Code). The new regulation of world sport resulting from this interweaving has also been the subject of a certificate at the University of Lausanne (CAS in Regulation of Global Sport) since 2020.”