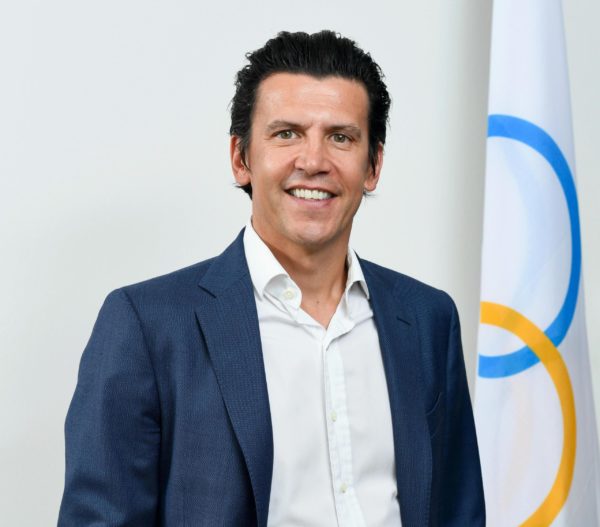 His year should have been dominated by the Tokyo Olympics. It was marked by their postponement of twelve months. Not easy.

But Christophe Dubi, the director of the Olympic Games at the IOC, was able to overcome the obstacle. As proof, its position at the top of the FrancsJeux ranking of the most influential Francophone personalities of 2020 in the international sports movement. The jury of experts, partners and journalists preferred him to Tony Estanguet and Gianni Infantino, ranked in that order just behind him.

For FrancsJeux, Christophe Dubi revisits this very special year 2020. His strongest moments, his doubts and his hopes. He also talks about the future. With less than two weeks to switch to 2021, the Swiss swears by it : the Tokyo Games will take place next year. 100%.

FrancsJeux: What does your place at the top of our ranking of the most influential Francophone figures of the sports movement in 2020 inspire you ?

Christophe Dubi : Reading this ranking, I am thinking above all of all the people around me who have worked tirelessly alongside me. The circle is wide, which makes the profession very interesting. The IOC administration, of course, with the Olympics department. The coordination commissions for future Games, too, made up of a great group of people. John Coates, in particular, did a tremendous job for the Tokyo Games. Organizing committees, of course, which are essential partners. No one has given up in preparation for the Tokyo 2020, Beijing 2022 and Paris 2024 Games. The system is colossal, even if one person is the most visible.

The IOC is for the most part embodied by a handful of personalities, led by Thomas Bach. What structure hides behind Christophe Dubi ?

The Olympic Games department has around sixty people. But the Olympic team, in the broader sense, brings together a little over a hundred, many of whom come from former Games organizing committees, with skills in digital, technology, finance… This team is very multicultural. It has a lot of experience and a lot of expertise. To this, we must add the experts we call on on subjects where developments are proving very rapid, such as security, transport, sustainability, the environment… Finally, the partners of the Olympic movement provide us with key solutions in hand, which are fundamental for the organizing committees.

Our ranking lists only five women among the 20 outstanding figures of the year 2020. At a time when the IOC has just instituted parity at the Paris 2024 Games, aren’t sports institutions lagging behind ?

You can also see the glass half full. With the hope that this figure will increase in your ranking in 2021. The IOC’s desire to move towards parity is undeniable. Imposing it on the Games, which remain the biggest and most beautiful showcase of the sports movement, is fundamental. This is a strong sign. The train is moving, it will no longer slow down.

What has been the most difficult moment you have experienced during this very special year 2020 ?

The month of March. The most difficult moment, but at the same time the most interesting. It was the month of big decisions. The epidemic was evolving from country to country, with the situation and news changing almost hour by hour. We had disparate information, with Asian athletes in Europe for training camps, a series of pre-Olympic events coming up… We were looking towards spring while thinking about summer. When the WHO spoke of a pandemic, we understood that we would have to make a decision. Postponing the Tokyo Games to the fall still seemed possible. The option was on the table. And then there was this telephone meeting on March 23 between Thomas Bach, Shinzo Abe, the then Prime Minister of Japan, and Yoshiro Mori, president of Tokyo 2020. A meeting I had the pleasure of attending. They decided to postpone the Tokyo Games for one year. But when it comes to review 2020, I cannot forget the Youth Olympic Winter Games in Lausanne. They were marked by extraordinary mobilisation and popular support, especially among the youngest. Coming from Lausanne and Canton of Vaud, that touched me a lot and made me proud.

Conversely, what has been the most satisfying moment of your year 2020 ?

Every time I have felt that the teams are working in the same mindset and going in the same direction. Despite the situation, these moments were numerous. The context was difficult, but a positive energy was able to be maintained. The system as a whole has continued to move forward. People were working at home, many were alone because they were expatriates, but there was expertise, kindness, no loss of time and a common desire to get things done, for the Tokyo Games, but also for those in Beijing, which will arrive a little more than six months later.

Have the health crisis and the particular context of the year 2020 strengthened, or on the contrary weakened, the IOC ?

Reinforced, without a doubt. The year 2020 has strengthened the IOC and the Olympic movement. Both are built on values. Solidarity, for example. The health crisis and its economic effects have highlighted the solidarity of the movement. It’s not an empty word. It was very concrete, with sums of money given to those who needed it most, individuals or institutions. Transparency, too. During this whole period, everything the IOC knew, the media, the athletes, the NOCs and the international federations knew too. The Olympic movement has shown great cohesion, especially the athletes. We consulted with them a lot, because we knew that we would need to know their feelings and their fears in order to reassure them and find solutions.

How likely do you think the chances are that the Tokyo Games will be held next year, and that they will be held under normal conditions ?

To the first part of your question, I answer 100%. The Tokyo Games will take place 100% next year. For the rest, everything will depend on sanitary conditions. But the current advances in tests and vaccines are very reassuring. Despite everything, the conditions will be heavy. We will be at the Games in a field of constraints. Each of the participants must respect a binding protocol. We will have to adopt the right behaviors. But bringing all the countries together, bringing together all the diversity of the Olympic Games in one place, for the first time since the start of the health crisis, promises to be an absolutely magical moment.