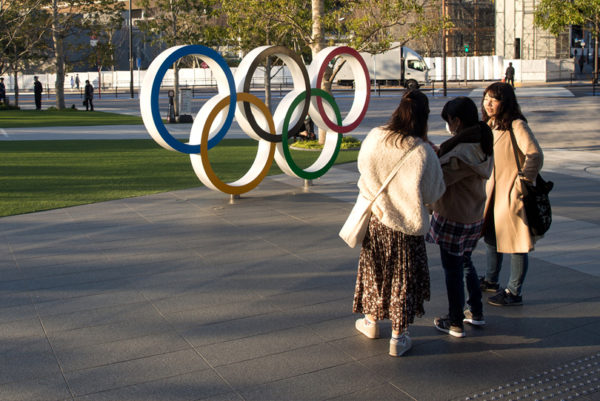 The prospect of the first vaccines in the United States, and incidentally the redeployment of the Olympic rings in Tokyo Bay, does not change anything. In Japan, the Tokyo Olympics are struggling to regain their popularity among the population.

With 220 days to go, this Tuesday, December 15, NHK television is revealing the results of an opinion poll conducted by telephone over the past weekend. Their figures speak volumes about the Japanese distrust of the upcoming Olympic and Paralympic Games.

Over 30% of 1,200 people polled (32%) said that the Tokyo Games next year should be canceled altogether.

In the opposite camp, where the Japanese supporters of the Games fall, they are only 27% to estimate that the event should take place on the new dates (July 23 to August 8, 2021), established last spring by the IOC and the organizing committee.

Finally, no less than 31% of those polled by NHK believe that the Games should be postponed again, mainly because of the risks associated with the health crisis. A second postponement, therefore, scenario dismissed without the slightest nuance by the IOC and by the Japanese organizers.

The math is simple. With two weeks to go into the Olympic year, a large majority of Japanese people (63%) believe that the Tokyo Games should not be held in 2021. Eloquent.

More worrying: the efforts made in both Tokyo and Lausanne over the past few weeks to rekindle Japanese enthusiasm for the Games do not seem to have had the slightest effect. Thomas Bach’s trip last month to the Japanese capital, in particular, where he met the new Prime Minister, Yoshihide Suga, and visited several Olympic venues.

Last October, a similar poll showed less negative results. About 40% of those polled said the Games should be held next year, 23% that they should be canceled and 25% that it would be more appropriate to postpone them again. The trend is therefore still downward. The popularity rating is plummeting. Dark prospect.

Another alarming sign for Japanese organizers : mistrust of the Games is spreading throughout the rest of the archipelago. The host cities of foreign delegations, in particular, are starting to seriously question the relevance of their project in the context of the health crisis. They are reluctant to make the additional financial burden imposed by protective measures against the virus. Above all, they wonder about the reality of “exchanges” with foreign delegations in the world after.

Murayama, a medium-sized town in Yamagata Prefecture, is due to host the Bulgarian rhythmic gymnastics team before the Games. But the sanitary measures that will be necessary during their stay will cost the municipality around 4 million yen, or nearly 32,000 euros at the current rate. An amount deemed excessive in a city hard hit by the economic effects of the COVID-19 crisis.

The NHK also reports that the city of Kitahiroshima, in Hiroshima Prefecture, is reconsidering its exchange program with a delegation of athletes and judokas from the Dominican Republic. They planned for future Olympians to train with local university students. But health constraints could make the initiative difficult, if not impossible. What interest, in this case, to receive foreign athletes, ask the local authorities.