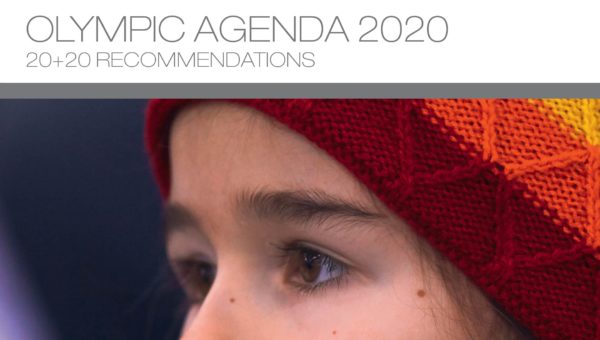 Six years and a handful of days. The IOC Agenda 2020, adopted by the 127th session of the Olympic body at the beginning of December 2014 in Monaco, has just celebrated its sixth anniversary. A few days before the end of 2020, it should also hit the mark and have completed one by one the 40 recommendations written in black and white in his resolution.

It should. And it’s almost there. According to the IOC, obviously very proud of its career over the past six years, Agenda 2020 is now at 85% of its target. Very close to the finish line, then, but not yet quite in a position to raise both arms in the sky.

As a reminder, Thomas Bach had convened an extraordinary session of the IOC in December 2014, in Monaco, to draw up without delay the roadmap for the two Olympiads to come. Newly elected president, the German leader, wanted to set the tone. The slogan was “To change or to be changed”.

Six years have passed. The table is not yet complete, but the results are visible. The IOC does not hide them, it even shows them widely.

The Olympics, first. The IOC has reformed the way the event is allocated, with the creation of two commissions of future hosts, for winter and summer. The procedure is intended to be more concerted and more targeted. But it hasn’t really been launched yet. And its schedule remains unclear, not to say obscure.

Still on the Olympics side, the IOC is announcing savings of around $4.58 billion over the last seven years for Tokyo 2020. Very strong. But, at the same time, the bill for the event nearly doubled from the budget submitted by the Japanese in the bidding phase.

Still in the Games department, the number of participants in Paris in 2024 will be reduced by around 1,000 people, athletes and officials, compared to Tokyo 2020. It is also expected that 95% of the sites used by Paris 2024 will be existing or temporary. Four years later, Los Angeles 2028 will do even better, with no new permanent locations envisioned in California.

Parity now. It featured prominently among the resolutions of Agenda 2020. It will be achieved at the 2024 Paris Games, with exactly the same number of men and women in contention. The number of mixed events increased from eight before the adoption of Olympic Agenda 2020 (London 2012) to 18 for Tokyo 2020, then 22 for Paris 2024.

In institutions, on the other hand, the train is lagging behind. Only two international federations are chaired by women for summer sports: Marisol Casado at World Triathlon and Annika Sörenstam at the International Golf Federation (IGF). Today, 37.5% of IOC members are women. They were only 21% when the Olympic Agenda 2020 was launched.

The athletes now. More than 100,000 Olympians have registered for Athlete365, a centralized multilingual platform that offers tailored programs and resources in six languages. At the same time, 5,500 athletes have benefited, during the first year, from support programs in the areas of dual careers, career transition and mental health.

The number of international federations with athlete protection policies increased from just one in 2016 to 33 in 2020. Impressive. But the Olympic movement no longer counts cases of harassment in high performance sport. They are feeding the news at an increasing rate.

Governance, finally. The IOC readily puts this forward:  the independence of its Ethics Commission has been strengthened, its President – Ban Ki-moon, the former Secretary General of the United Nations – and its members are now elected by the IOC session. The majority of the members of this commission have no connection with the sports movement.

But the recent revelations of corruption at the International Weightlifting Federation, where Hungarian Tamas Ajan was able to impose his methods for two decades with impunity, and the AIBA drawer drama, show that there is still a long way to go.

In December 2014, the IOC reiterated in Agenda 2020 its plan to create an Olympic channel. A well-worn subject, the skeptics had whispered. The Olympic channel was born. It was launched on the evening of the closing ceremony of the Rio 2016 Games.

Since then, the channel has recorded approximately 3.4 billion video views across all platforms, created more than 25,000 athlete-focused articles, and produced more than 76 original series and films. About 75% of its social media followers are under 35 years old.

“Agenda 2020 has changed the Olympics, the IOC and the Olympic movement”, Thomas Bach suggests today. For sure. The German leader can rub his hands : it also assured him a second four-year term for which he won’t have any competition.