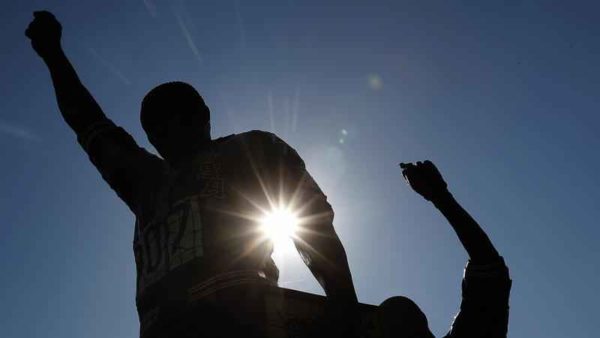 The pressure is on the IOC. Just over 220 days before the opening of the Tokyo Games, they face a campaign for the repeal, or at least a radical relaxation, of rule 50 of the Olympic charter on the ban on demonstrating an opinion, particularly political, within the framework of the Games.

Unsurprisingly, the latest offensive is American. The US Olympic and Paralympic Committee (USOPC) on Thursday (December 10) announced its decision not to sanction its athletes if they took the urge to protest peacefully next summer at the Tokyo Games.

The USOPC’s decision was spelled out in a letter to American athletes. Its Executive Director, Sarah Hirshland, explains: “The USOPC recognises that the athletes of Team USA are a source of inspiration and unity around the world, and that their voices have and will be a force for good and progress in our society. In the United States, we must continue to use the platforms we have to foster discussion, education and action for racial and social justice.”

In fact and in law, the decision of the US Olympic and Paralympic Committee does not change the course of history. On the grounds of the Games, the Olympic Charter has the force of law. It is therefore up to the IOC, and not the USOPC, to decide on a sanction for violations of its rules. By expressing an opinion, political, religious or racial, next year at the Tokyo Games, American athletes would certainly not be sent home immediately by their Olympic leaders. But the IOC could take care of telling them the exit.

Still, the USOPC’s decision marks a change of direction. The national body has not always felt that the opinions of its athletes should be exposed to the eyes of the world on the sports ground. At the 2019 Pan American Games in Lima, it sanctioned two members of the American delegation – hammer thrower Gwen Berry and fencer Race Imboden – for protesting on the podium against racial inequality. “It is clear today that the USOPC should have supported them instead of condemning them”, suggests Sarah Hirshland in her open letter to American athletes.

Above all, the USOPC is stepping up pressure on the IOC to relax, if not abandon, rule 50 of the Olympic Charter. The speed of the international body’s reaction to the USOPC’s announcement attests to this. Kirsty Coventry, chair of the Athletes’ Commission, broke a statement on Thursday (December 10th). “Team USA’s statement will be taken into account among other reactions already received, and those yet to be received, from athletes from 205 other National Olympic Committees”, said the former swimmer, who has become Zimbabwe’s sports minister.

The IOC’s message is clear : Americans may well change their minds and call for free speech, they are not the only ones to decide. It’s up to other countries to speak up, one way or the other.

But, coincidentally, the USOPC is not the only organisation in the Olympic movement to call on Thomas Bach and the IOC to review their copy. World Athletics and its president, Sebastian Coe, are pushing in the same direction. With an identical objective.

The international body of athletics launched a first arrow last weekend by awarding its “President’s Prize” for the year 2020 to Tommie Smith, John Carlos and Peter Norman, the three medalists in the 200 m at the Games of Mexico City in 1968. “They have inspired athletes around the world, from Mexico City 1968 to the present day”, World Athletics said to explain its choice.

Sebastian Coe has since driven the point home. “I support the right of athletes to be part of the world in which they live, insisted the Briton this week facing the media. I have encouraged, actively encouraged, athletes to speak up about issues that – as athletes – are important to them.”

Will Thomas Bach and the IOC stay upright in their boots ? At the Tokyo Games, no doubt. But until when ?