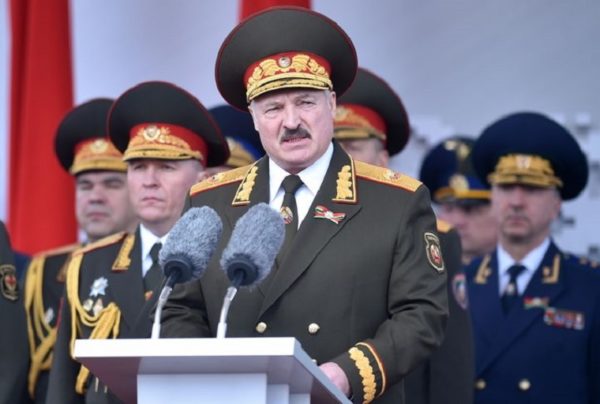 Thomas Bach and the IOC have been warned : their decision to suspend Alexander Lukashenko, the President of Belarus, and two other members of the National Olympic Committee, will not go unheeded. It could even turn into a legal and political soap opera.

In the aftermath of the announcement of his exclusion from the next Tokyo Games by the IOC Executive Board on Monday, December 7, the Belarusian head of state did not hesitate to react. He did it his own way, without nuance, brandishing his fist and waving threats.

After ensuring that he was not guilty of anything, and especially not of acts of repression against Belarusian sportsmen who entered the opposition, Alexander Lukashenko directly attacked Thomas Bach and the other members of the executive committee. “You have to go to court. Let Bach and his gang say what I am guilty of for defending my country”, he suggested, quoted by Belarusian state-run Belta news agency.

Meeting on Monday, December 7 in virtual mode, the IOC Executive Board decided to use strong lines with regard to the Belarusian Olympic Committee and three of its main leaders. It suspended Alexander Lukashenko, its president for more than twenty years, “from all IOC events and activities, including the Olympic Games”. They accuse him of “not having adequately protected the athletes”, and consequently of not having respected the Olympic charter.

At the forefront of the defendants, Alexander Lukashenko. In second place is his son Viktor, the current vice-president of the National Olympic Committee. Also affected by the suspension imposed by the IOC, the President of the Russian Ice Hockey Federation, Dmitry Baskov, member of the NOC Board of Directors.

The three men will not see the Tokyo Games. Obviously, the Belarusian president doesn’t care. “I haven’t been to these events for 25 years and will continue, he explained. Did you bring all the countries together and make this decision? And why do you touch children? There is no justice in the world.”

Note : Alexander Lukashenko was indeed absent from the last two editions of the Summer Games. He was unable to travel to Great Britain for the London Games in 2012, as British authorities refused his visa. But contrary to his claims, he participated in the opening ceremonies of the Olympics in Nagano in 1998, Beijing in 2008, and then Sochi in 2014.

In the wake of its president, the Belarusian National Olympic Committee also reacted to the suspension pronounced by the IOC. A suspension of its three leaders accompanied by a freeze on subsidies paid by the body, with the exception of scholarships allocated to athletes within the framework of the Olympic Solidarity. “We see this decision as politically motivated, intended to put pressure on the leadership of the NOC”, the Belarusian national organisation suggested in a statement.

Luck of the draw in the calendar, Belarus and its Olympic committee are expelled from the class as the International Ice Hockey Federation (IIHF) wonders how to withdraw from the country the co-organization of the 2021 Men’s World Championships, scheduled for the month of May in Latvia and Belarus.

Switzerland’s René Fasel, President of the IIHF and IOC member, was due to travel to Minsk to meet Alexander Lukashenko. He was to be accompanied by the secretary general of the international body, Horst Lichtner. But, in a serious setback, the two leaders had tested positive for the coronavirus.

René Fasel, 70, explained that he and Horst Lichtner “are both isolated at home for the next 10 days.” No new date has been announced for the two men’s delicate visit to Belarus.

Shortly after the protests against the ruling regime began, the Latvian government asked the IIHF to relocate the matches originally scheduled in Minsk. But, very embarrassed by this diplomatic crisis, the international body of ice hockey is rather playing the clock.

Before being forced by the virus to cancel his plane ticket to Minsk, René Fasel explained that the planned meeting with Alexander Lukashenko aimed to explore “what measures are taken to ensure that the tournament can take place safely and in cooperation with the Latvian co-hosts.”