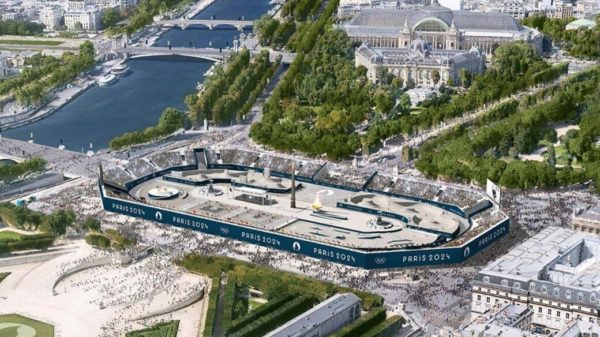 That was to be expected. The IOC Executive Board, meeting for the last time of the year Monday, December 7 in virtual mode, ruled bluntly in the thick dossier of the Paris 2024 Games program. Its members were invited to make choices. They did it with utmost enthusiasm.

The result will make history. For the first time since the creation of the Olympic Games, the program of events in Paris in 2024 will respect the parity between men and women. Cool. The IOC did not have to upset a balance already almost achieved for the Tokyo Games, where the proportion of women will reach 48.8%. But the Parisian organizers will still be able to boast of being the first to display a scale with two perfectly aligned platforms.

As soon as the news was announced, the OCOG did not hesitate to point out that the Paris Olympics Games in 1900 were the first to open up to the participation of women. They were at the time only 22, for a total of 975 male athletes, which is insignificant, but despite all history, a proportion of 2% of the competitors.

Parity, therefore. It is the big winner of a meeting of the IOC Executive Board eagerly awaited by the Olympic movement, primarily the international federations. They had been more than twenty filling out their files as one would a list of gifts to send to Santa Claus. More than twenty to submit to Thomas Bach and the Executive Board requests to add new events and/or disciplines.

In the end, the verdict of the IOC Executive Board delighted a handful, but above all disappointed some. This was to be expected, the Olympic body having warned the postulants that there would be no question of increasing the number of athletes (10,500), nor the number of medal events, and even less that of competition venues.

The winners, first. There are four, the four additional sports offered by the OCOG Paris 2024. Climbing, skateboarding and surfing confirm a status already won for the Tokyo Games. Breakdance is entering the square. It was written, or almost.

Between them, the additional sports will “weigh” 248 athletes at the 2024 Paris Games. Unlike the Tokyo Games, where they were outside quotas, these 248 new entrants will have to slip below the 10,500 athletes limit. The math is simple : the IOC’s sports management, led by Kit McConnell, had to cut back to stay within the limit.

The results can be seen in the numbers. At the Tokyo Games next year, the program will feature 339 medal events. Three years later, there will be ten fewer (329) at the Paris 2024 Games.

With such an equation, the international federations wishing to gain a larger place in 2024 were at their expense. The IOC Executive Board has rejected, among other things, the demands of athletics to integrate cross-country, of rowing to add coastal rowing, of gymnastics to give parkour an Olympic varnish…

Of course, the novelty will not be absent from the program of the Paris 2024 Games. But the most motivated international federations had to sacrifice some events to win others. The harsh law of the world after.

Track and field wins an event. It will be mixed and will replace the 50 km walk. World Athletics will have to roll up its sleeves and come up with an innovative concept next spring while staying in the nails. Prognosis : a mixed walking event.

A new weight class for women will replace another, male, in the boxing program. Parity, again and again. But boxing, for which the international body (AIBA) remains in the IOC’s sights awaiting the presidential election on December 12, figures prominently among the big losers of the week. It lost 34 athletes between Tokyo 2020 (286) and Paris 2024 (252).

Canoeing won its case by gaining acceptance for extreme slalom for men and women, but it had to sacrifice two sprint races.

Sailing gets an Olympic facelift. It is used to it. Three new events – mixed kitesurfing, 470 mixed, and possibly offshore – enter the Games, while three more (470 men and women, Finn men) come out. The fate of mixed offshore will be sealed after a series of additional studies on the costs, safety and security of athletes, the conclusions of which will be released on May 31.

Another big loser : weightlifting. It was planned. As in the case of boxing, athletes can blame their leaders, singled out by the IOC as primarily responsible for the weight loss imposed on the discipline by the Executive Board. At the Paris 2024 Games, weightlifting will lose four medal events (two per gender) and no less than 76 athletes. They were 260 at the Rio 2016 Games, they will be 196 next year in Tokyo. Three years later, the weightlifters will only be 120 to see Paris.