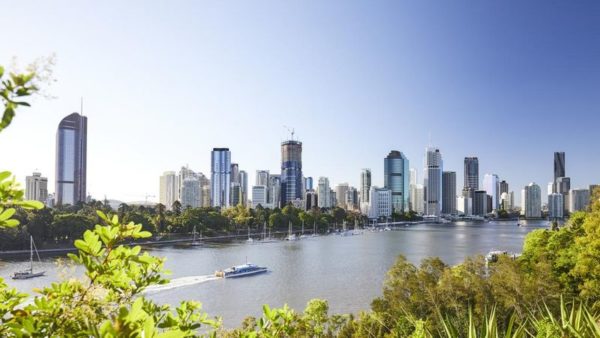 The end of the tunnel ? Not yet. But Queensland’s bid for the 2032 Summer Olympics Games is regaining colour. Sent to the back of the drawer for nearly six months, due to the health crisis, it has just been brought out in full light. And, with it, the prospect of seeing Australia regain its place at the top of the race.

Annastacia Palaszcuk, Prime Minister of Queensland, spoke on Monday (November 7th) with John Coates, President of the Australian Olympic Committee, also a member of the IOC. Obviously, the meeting was cordial. It even seems to have put the Olympic bid back on track.

“We had very positive discussions on the possibility of a future Olympic Games in Queensland in 2032”, Annastacia Palaszcuk told reporters after the interview. “Today we had the opportunity to discuss the possibility of reconvening our Olympic Games Working Group early next year to consider the next steps we need to take. We will now send a letter to the President of the International Olympic Committee (IOC), Thomas Bach, asking him to keep us updated on the progress of the Tokyo Olympics. It is very important that we see what is happening with the Tokyo 2020 Olympics in this post-COVID world and we hope to see positive signs appearing”.

At this stage of the process, the speech is intended to be very formal. In real life, John Coates and the Australians don’t need to write Thomas Bach to know a little more than the official version about the preparations for the Tokyo Games and the event’s chances of seeing the light of day next summer. The Australian leader chairs the Tokyo Games Coordination Commission. He accompanied Thomas Bach last month on his trip to the Japanese capital, the first since the start of the health crisis.

Beyond words, Australians are primarily seeking to send a clear message to the Olympic movement. “We’re still here”, they basically say. “Our project is still breathing”. The other potential candidates (Indonesia, India, Korea, Germany, Qatar…) are warned.

Monday’s meeting between John Coates and Annastacia Palaszcuk had not been announced. But the Australians sent a first signal last month from Japan. Present in Tokyo for a diplomatic visit at the same time as Thomas Bach, the Prime Minister of the country, Scott Morrison, took the opportunity to meet the President of the IOC. The interview could have been kept a secret, but both sides chose to make it public, until they released a photo of the two after their exchange.

The rest is very immediate. Annastacia Palaszczuk said on Monday (December 7th) that she would discuss funding arrangements for the candidacy with Scott Morrison at a cabinet meeting scheduled for Friday (December 11th). “This is a partnership, with an agreement from the two governments to invest jointly”, she explained. “I am happy to have these further discussions with the Prime Minister”.

Also according to Annastacia Palaszczuk, the working group formed by the Queensland authorities to work on the candidacy will meet again in early 2021. It had been put on hold at the start of the pandemic. The Prime Minister announced that state Sports Minister, Stirling Hinchliffe, is joining the group.

John Coates makes no secret that the “awakening” of Australia’s candidacy is hardly a foreshadowing effect. “Our candidacy is very solid compared to the rest of the world”, he assured the media. “Most important is the support from all three levels of government, which we can count on, but also the support of the community, and the fact that now is the right time to emerge from the COVID-19 crisis and revive our economy with job creation and growth”.

The Australians are back. Without the slightest chance, they are announcing it on the very day the IOC is to meet virtually for its Executive Board, this Monday, December 7, for the last time of the year. Perfect timing.