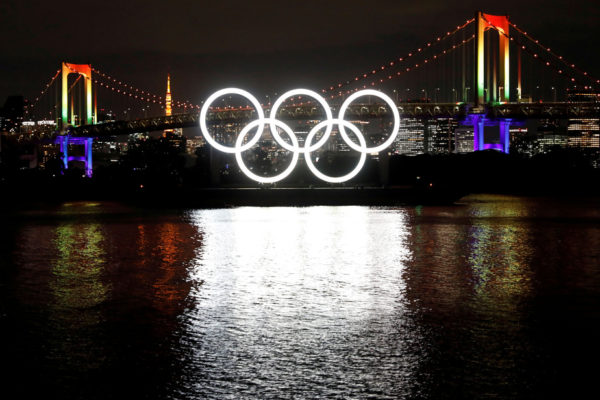 The Japanese reveal themselves. They do it in small steps, with prudence and a luxury of precautions. But with less than 240 days of the alleged Tokyo Olympics opening, organizers are slowly lifting the curtain on what awaits visitors, including athletes and spectators, next year. The result leaves little room for doubt : the Tokyo Olympics will be neither reckless nor fanciful.

A fifty-page report on measures planned for next year to combat the risks of the virus spreading was presented on Wednesday (December 2nd) in Tokyo. Its content had already leaked since the day before in the media, in particular the economic daily Nikkei.

Toshiro Muto, the executive director of the Tokyo Games organizing committee, told the media about some of the main principles. They won’t make anyone smile.

The athletes, first. They will not have to go through a quarantine upon arrival in Japan, but will be tested upon arrival and then every four or five days (96-120 hours). Normal.

More unexpectedly : they will have to sign a code of conduct urging them not to speak loudly, to avoid physical contact with others and to wear a mask outside of training and competition. Possible sanctions for non-compliance with health rules could be provided for, in agreement with the IOC. The Japanese did not detail the nature of the sanctions.

With such a code of conduct, life in the village promises to be austere, even monastic. Toshiro Muto makes no secret: “If the Games are held during the COVID-19 pandemic, I don’t think they will be as festive as they usually are. We have chosen an austere version of the Games. Like the opening ceremony, they will be more austere than festive.”

The athletes are warned. But the Japanese organizers explained on Wednesday that their presence in the Olympic Village will not really give them time to endure the austere atmosphere. Delegations will be asked to send participants home as soon as possible after the end of their event. Toshiro Muto clarified, “We don’t want a crowded village. Athletes will have to return to their country after the competition.”

The spectators now. Visitors from overseas will also not have to undergo a period of isolation upon arrival in Japan. They will be able to take public transport. However, they will have to wait a few more months before finalizing their trip to Tokyo. The report of the organizing committee makes it clear : “A final decision on the maximum number of spectators to accommodate” will not be taken until next spring. The tonnage will be determined in accordance with national rules on the upper limit of sporting events.” It will also take into account “the spread of the infection inside and outside Japan.”

Like the athletes, spectators will also be asked to control their emotions. They should not shout, especially at competition venues. Caution and austerity.

The Japanese also explained that they are considering making the use of a smartphone application mandatory, intended to track visitors during their stay in Japan, and thus detect infected people and all contact cases.

As for the question of a vaccine, it will be studied when the time comes. Will it be mandatory to travel to Japan ? “This is a scenario that we will work on as soon as the vaccine becomes available”, replied Toshiro Muto.