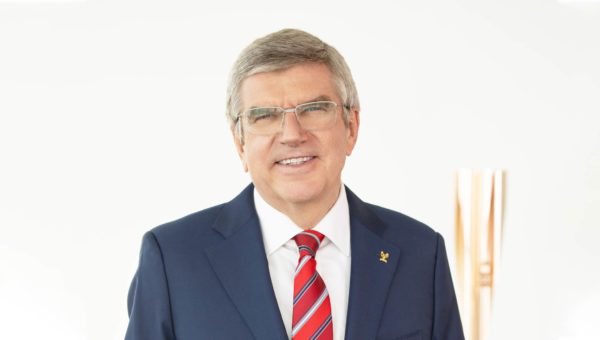 It’s official. Without the slightest surprise at the last hour, the IOC announced in a brief statement on Tuesday 1 December that Thomas Bach would be the only candidate for his own succession as president of the Olympic body. The German leader, elected for a first eight-year term in September 2013, will face no opposition in the next election. It is due to take place during the IOC session scheduled for March 10-12, 2021 in Athens.

The IOC had set a deadline, Monday, November 30, 2020 at midnight, to submit an application. At the appointed time, only one name was on the list : Thomas Bach. The election to the presidency therefore promises to be a formality for the former fencer, who joined the IOC at the age of 37 as part of the Athletes’ Commission (of which he was one of the founders), now aged 66 years old.

Pâquerette Girard Zappelli, the IOC’s Ethics and Compliance chief officer, officially informed all the members of the body, on behalf of the Chairman of the Ethics Commission, the South Korean Ban Ki-Moon.

Clever, Thomas Bach did not wait until the last days to declare himself. He did so last July, during the IOC session, the first in history to be held in virtual mode. His announcement did not surprise many. But the reaction of his peers undoubtedly exceeded his own expectations. Nearly fifty of them took to the screen to express their enthusiasm at the prospect of Thomas Bach’s second tenure in the presidential office.

Faced with such a plebiscite, the possible competitors of the German leader have put their ambitions at the bottom of the drawer. Under the IOC Statutes, Thomas Bach will be elected next March for a second – and final – four-year term. It will begin on the evening of the closing ceremony of the Tokyo Olympics, August 8, 2021, and end in August 2025, one year after the Paris 2024 Olympics. Candidates for the throne will have to be patient.

At this stage in history, future applicants are careful not to move forward with their faces uncovered. Several names are circulating : the Spaniard Juan Antonio Samaranch, the Ukrainian Sergey Bubka, the Singaporean Ng Ser Miang… The last two, members of the executive board, had already tried their luck in 2013, but they had not weighed heavily in the face to the compressor wheel driven by Thomas Bach. Nicole Hoevertsz, from the island of Aruba, could also aspire to the place, to become the first woman to chair the body.

But there is still a long way to go before the end of Thomas Bach’s mandate. And it might make the German leader want to pick his own candidate and set the stage for him or her.

“I am honored that there are no other candidates, Thomas Bach said soberly in a statement. I will continue to serve the Olympic Movement to the best of my ability, and I will try to be a President for all IOC members and the entire Olympic Movement.”

For his first eight-year term, Thomas Bach was not spared by clouds and heavy weather. He had to face the doping scandal in Russia at the Sochi 2014 Games, the cascade of renunciations in the race for the Games, winter and summer, the corruption cases which won out some members of the body, the inflation of costs of the Tokyo Games and their postponement for a year… The Olympic movement has suffered like never before. It is still in pain. But the German has always been able to brave opposing elements. He never even looked really threatened. Impressive.