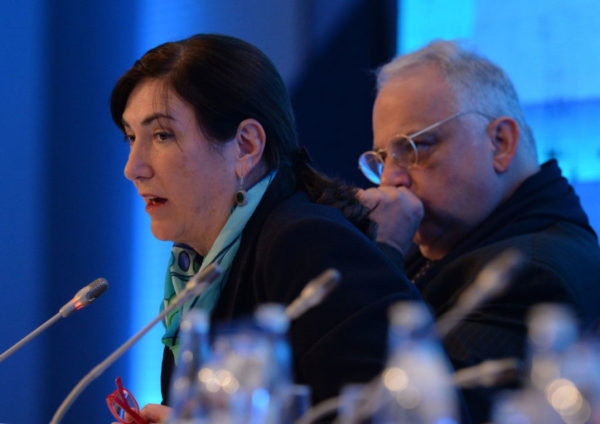 Atmosphere. With less than two weeks of the election to the presidency of the International Triathlon Federation (World Triathlon), scheduled for Sunday November 29 in virtual mode, the world body of the discipline is shaken by the turmoil. Its president, in particular, the Spaniard Marisol Casado (photo above), in place for twelve years, candidate for her own succession.

According to a series of confidential documents of which FrancsJeux obtained, a complaint has been filed against Marisol Casado, but also against two other World Triathlon officials: the secretary general, the Spaniard Antonio Arimany, and the president of the legal and constitutional commission, the French Bernard Saint-Jean. It emanates from the World Triathlon tribunal, a sort of ethics and discipline committee, created in 2015 to rule on disputes involving both athletes, officials and national federations, particularly on disciplinary matters.

The complaint refers to “multiple violations of the values, principles and regulations of World Triathlon”. It suggests that the governance of the international body would be corrupt. It argues that the three leaders, Marisol Casado, Antonio Arimany and Bernard Saint-Jean, would have tried to intervene in the composition of the World Triathlon tribunal, removing its current members to replace them without warning them by new ones on the occasion of the next elections.

The complaint in question was first sent on November 10, 2020, to the Association of International Summer Olympic Sports Federations (ASOIF). Too bad. The body chaired by the Italian Francesco Ricci Bitti declared itself incompetent to deal with the subject.

The complainants are now turning to the IOC. In a letter dated November 17, the five members of the World Triathlon tribunal (Philippe Renz, Geneviève Pellerin, Ize Ukpoma Mate, Timo Pennanen and Kevin S. Sullivan) reiterated their request to the IOC Ethics Commission, chaired by the South Korean Ban Ki-moon, the former secretary general of the United Nations. They renew their accusations against Marisol Casado, Antonio Arimany and Bernard Saint-Jean. They are calling for an “intervention” from the IOC. “Rapid intervention seems desirable given the seriousness of the infringements alleged against the three respondents”, they write in their letter to the IOC.

With less than two weeks before the World Triathlon elections, the matter is not trivial. Its revelation is arguably not innocent either. Marisol Casado is not only playing at the end of the month a fourth term at the head of the international body, but also her status as a member of the IOC, acquired during the Vancouver session in 2010. By losing the presidency, Sunday, November 29, the Spaniard should also give up her status as a member of the Olympic body, the two mandates being directly linked.

Anything but a coincidence : Marisol Casado faces a competition for the presidency of World Triathlon. The Danish Mads Freund, a former high-level triathlete, current president of the Danish federation of the discipline, has been leading a very active campaign for several months to try to overthrow the Spanish leader.

Marisol Casado, unsurprisingly, denies the accusations of the World Triathlon tribunal. The election promises to be stormy.