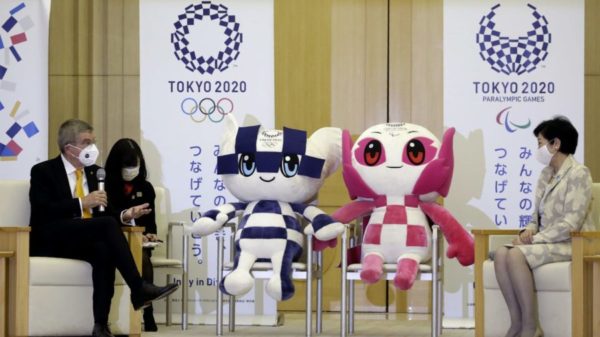 He wanted to reassure. He kept his word. Arriving in Tokyo on Sunday for his first visit to Japan since the onset of the health crisis, Thomas Bach did not let travel fatigue and jet lag fall on him and slow his pace. The president of the IOC has increased the number of meetings on Monday, November 16th. He chained the statements. And even, surprise, announced a new financial effort from the Olympic body.

No miracle : the IOC will not increase its contribution to the budget for the Tokyo Games, despite the astronomical – but still unknown – additional cost of postponing the event for one year. But, against all odds, Thomas Bach said Monday afternoon that the IOC would cover all or part of the vaccination costs of athletes entered next year at the Games.

“In order to protect it and out of respect for the Japanese people, the IOC will make great efforts to ensure that as many people as possible – the athletes, but also the visitors – arrive in Japan with a vaccine, provided the vaccine is available”, Thomas Bach explained after his meeting with the new Prime minister, Yoshihide Suga.

Later that day, the German leader spoke with Yuriko Koike, governor of Tokyo (pictured above). Then he wrapped up his program with Yoshiro Mori, the chairman of the organizing committee. The two men held a joint press conference, flanked by Australia’s John Coates, chairman of the Tokyo Games Coordination Commission.

Thomas Bach took the opportunity to once again discuss the prospect of a vaccine against COVID-19. “We want to convince as many foreign participants as possible to get the vaccine, he suggested to the mostly Japanese media. We are now very confident in the possibility of having spectators at the Olympic venues next year. They may sometimes be reduced in number, but they will benefit from a safe environment.” Clearly, there is no question of a closed session, a hypothesis rejected from the start by the IOC. But health security will take precedence over everything else, including ticket sales.

A vaccine, therefore. Thomas Bach now calls it a very likely scenario. But, cautiously, the IOC President refuses to make it a mandatory condition for entering Japan and participating in the Games. He also insists that athletes will not be given priority to benefit from it. They will come after “the nurses, the doctors, and the people who keep our society alive.”

There remains one question, still unclear : the new budget for the Tokyo Games. It was asked to Thomas Bach on Monday November 16th. But the IOC president continues to kick into touch. “It’s impossible to have a precise idea today, he replied. It will take time”. Thomas Bach wants to restore confidence. No question, therefore, of slipping a number, even a vague estimate. It might spoil the mood.