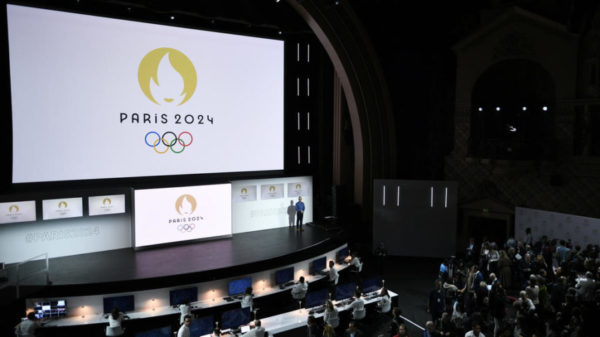 The Organizing Committee for the Olympic Games (OCOG) Paris 2024 has known from the first day. They knew it before knocking for the first time on the door of his premises in the 8th arrondissement of Paris : it will not be forgiven for any misconduct, especially on the issue of finances. A report from the Court of Auditors reminded it of this this week.

The document weighs its weight of remarks, figures and recommendations. No less than 137 pages. It was drafted after an on-site and off-site check, carried out between October 2019 and September 2020. Not surprisingly, it leaked into the media. The Canard Enchaîné, in particular, had a field day. With this unqualified title: “The expensive stadiums on track for Paris 2024”.

The only problem, but a significant one : the document that several media have seen is nothing more than a draft of a final report expected only early next year. This is only a provisional text, a report of observations. It lacks the elements of response by the OCOG Paris 2024.

Another concern : its data are often dated, sometimes incorrect. The financial magistrates of the Court of Auditors do not have a reputation for working with urgency. They took their time. Result: their figures and recommendations do not always take into account the “project review” initiated by the OCOG since the start of the pandemic. A vast saving plan supposed to cut 3 to 400 million euros in savings from the budget for the 2024 Paris Games.

However, the Parisian organizers do not take the matter lightly. They reacted as soon as the publication of the first articles in the media devoted to the document of the Court of Auditors on Tuesday, November 10th. You might as well put out the fire before it sets the roof ablaze.

Let’s be clear : the Court of Auditors’ pre-report does not add anything really new. It once again stresses the importance of staying on budget. The OCOG knows this. It points out the risks of cost overruns, particularly in terms of security, transport and cybersecurity. The OCOG knows this too. He suggests that revenue estimates may not be met, particularly on ticketing and marketing. Who does not know?

The OCOG’s responses ? They are also unsurprising. “The remarks on the “budgetary underestimates” correspond to working reflections dating from the first semester, shared with the Court, explained the organizing committee. We have since embarked on a major budget review which will be brought to the attention of the Court following validation by the Board of Directors mid-December.”

To the question of a possible drop in revenue, the OCOG replied : “Regarding ticketing, our forecasts are based on cautious projections of attendance rates (an attendance  rate of 85 %, i.e. 10 points below the levels observed in London in 2012). In the event of a pandemic, the entire Games model would be affected, so the entire cost structure would be reviewed in the event of the absence of an audience (declining cost of public reception, security, transportation, etc. .), and it would be premature to consider such an eventuality four years before the Games.”

Another question raised by the magistrates of the Court of Auditors : salaries. Nothing new there either. The financial magistrates wonder about the remuneration of the directors, between 120,000 and 245,000 euros gross per year. They wonder why Tony Estanguet’s chief of staff (Michaël Aloïsio) earns as much as the director general (Etienne Thobois). They note that the salaries of some executives have increased sharply between the application phase and the current period.

The chorus is known. But the OCOG responds. “Our goal is to attract the best talent capable of delivering the biggest event in the world in terms of visibility, complexity, organisational challenges. Paris 2024 is also an ephemeral enterprise. Bonuses and hiring conditions are among the levers of attractiveness of positions (…). The General Manager of the London 2012 Games was paid twice as much (as that of the Paris 2024 Games), with a variable portion of up to 75% (capped at 20% at Paris 2024, and level determined by the remuneration). The Court points out that the remuneration of the director of cabinet is at the same level as that of the director general; this information is incorrect. His pay is lower than that of some executive directors.”

Finally, the Court of Auditors seems to have coughed on discovering the invoice for the evening of revealing the logo of the Games, organized in part at the Grand Rex in Paris. It would have cost 1.089 million euros, for an initial budget of 800,000 euros. Expensive, indeed. But the OCOG spreads out its figures by playing on transparency : “The budget for the sole operation of revealing the emblem was indeed 1M € (the various tender documents provided for a range between 0.8 and 1.0 M €). The final expense was in fact 1089k €. But the “Emblem” budget was not just about the reveal operation, it also contained design and creation costs of 0.4m€, consumed at only 0.28m €. In total, for a budget of 1.4M €, a final expenditure of 1.369M €, in economy. The amount of this event is consistent with the nature of the stake: the creation of a brand and an international identity, with global reach, to materialize 5 years before the event. Our approach has been not to resort to buying advertising space and to bet on a very ambitious event. The total media impact is more than 3 million equivalent in the purchase of advertising space.”

A lot of noise about nothing, in short. But the OCOG will have to get used to it : the French administration is monitoring it closely and does not intend to lay him off. However, 97 % of its budget is provided by private funds. Paradoxical.