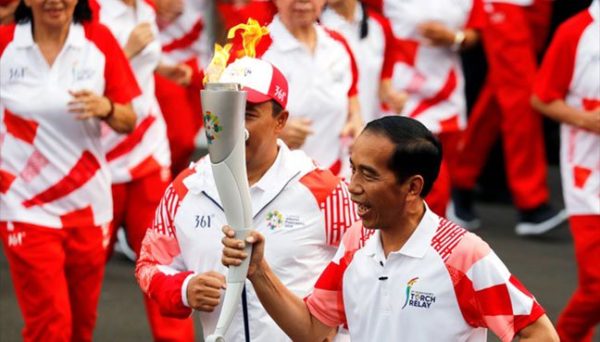 One step further. Not yet decisive, but anything but anecdotal. Indonesia put forward a new pawn on Wednesday (November 4th), in its bid for the Summer Olympics in 2032. Despite the health crisis, the government does not want to slow down. It even wants to get ahead of the competition.

Indonesian Youth and Sports Minister Zainudin Amali, told the Antara News press agency after a cabinet meeting : “The president (Joko Widodo) instructed me to, on one hand prepare the formation of a bid committee, and on the other hand to work on a budget for the 2032 Olympics in Indonesia.”

It is difficult to be more concrete at this stage of the process. Indonesia is moving forward. It wants to have an application team. And, above all, without delay be able to present to the Olympic movement a budget in proportions that correspond to the realities of the world after.

Indonesian head of state, Joko Widodo, has reportedly instructed the National Olympic Committee (KOI) president, Raja Sapta Oktohari, to immediately work on the next stages of the candidacy. He would have also already expressed the wish to go to Lausanne, to meet Thomas Bach, as soon as the health situation allows it.

According to Raja Sapta Oktohari, a visit by Joko Widodo to the IOC headquarters, could “greatly assist Indonesia’s desire to be chosen as the host country for the 2032 Olympics and Paralympics Games.” Possible. But the Asian leader will not be the only one to push the door of the Olympic House until the decision of the international body. Australians in Brisbane 2032 did it before him. The other applicants should also afford themselves the trip.

In Indonesia, the idea of a bid for the Summer Games in 2032 is nothing new. The head of state announced their intent on the evening of the Asian Games, held in Jakarta and Palembang in 2018. Since then, Joko Widodo has never abandoned the project, even though the health crisis relegated it to the second rank of his priorities. Very respectfully, Widodo sent a carefully drafted official letter to Thomas Bach to express his desire to host the Games.

Wednesday November 4th, Joko Widodo returned the file to the top of the pile, during his Council of Ministers meeting. He explained that the candidacy could help strengthen the country’s image internationally, but also serve as an accelerator for a growing Indonesian society.

Can Indonesia win its bet ? On paper, its chances do not seem the strongest, especially coming up against the Australian and German candidacies, who appear to be better put together. And, above all, are much better equipped to lead a successful campaign in the highly political world of the IOC. Indonesia wants to move forward without slowing down, but has still not decided whether its project should be carried by Jakarta, its capital, or by the next, to be built on the island of Borneo.

Nonetheless, the global health crisis may well reshuffle the cards in the Olympic universe. The projects already mentioned (Queensland, India, Qatar, South and North Korea, Rhine-Ruhr, etc.) will not all survive the economic crisis. The law of referendums will also cause its share of victims.

According to Raja Sapta Oktohari, the president of the National Olympic Committee, the candidacy campaign will be in full swing in 2023, for an IOC decision in the following year. Possibly, but with uncertainty, Indonesia is preparing regardless, and it would be a surprise if they were to stop on the way.